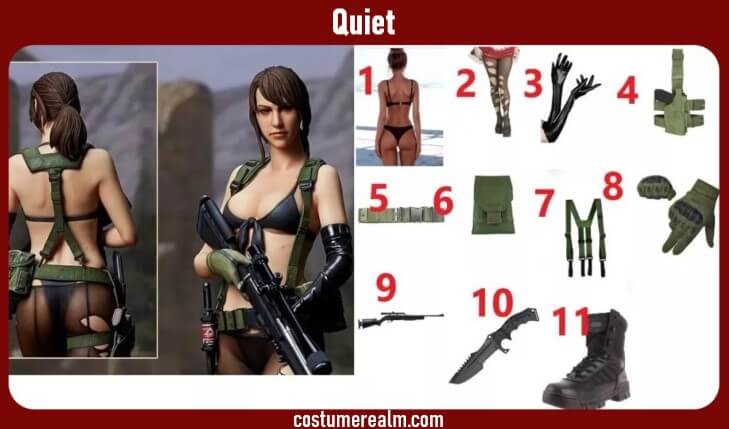 "Vengeance is what drove me to them... The only language left to me, revenge. "

Quiet, known to the Soviet armed forces as Tixij, was an assassin in the 80s. Originally an assassin for XOF, Quiet later switched to Diamond Dogs after being defeated by Venom Snake. Quiet wore only a minimal amount of clothing at all times, as she was only able to drink or breathe through the skin after being treated for parasites due to the serious injuries she suffered when trying to kill Big Boss during the hospital raid was. Too much clothing would suffocate.

The character is an experienced assassin and sniper with superhuman abilities, who belongs to the undercover strike group XOF, a rogue division of the American secret service Cipher. Depending on the player's actions, Venom Snake can catch them and eventually use them as a member of his mercenary group, Diamond Dogs. Many western critics reacted negatively to Quiet's design because it was over-sexualized.

After Quiet was defeated by Venom Snake after a tense sniper duel in Afghanistan, she was caught at Mother Base until she was allowed to accompany Venom Snake on missions as a buddy. Her weapons included two deadly sniper rifles, nicknamed Wicked Butterfly and Sinful Butterfly, and the non-lethal Guilty Butterfly

Quiet was modeled, the movement was recorded and voiced by the Dutch model Stefanie Joosten. She received a call from her agency to audition as a motion capture actress for an unspecified video game. As a huge fan of video games, she recognized Game Director Hideo Kojima during the audition and suspected that it was a new Metal Gear game. After getting the role and starting the process of motion detection and 3D scanning, Joosten was shown an artwork of the character that she said looked almost the same as the finished product, but was not exactly told what character she was would play. The process took two years, and after never having a gun in hand, she received professional combat training for dealing with multiple weapons. Although the character doesn't speak most of the game, Kojima was so pleased with Joosten's work that he asked her to "speak". the character by expressing the range of emotions only through groans and hums. "Quiet's Theme", a lively vocal piece composed by Akihiro Honda and written by Ludvig Forrsell, was sung by Joosten for the game's original soundtrack. She also played it on stage at The Game Awards 2015 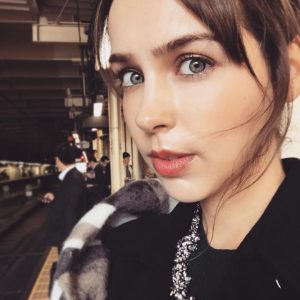