Scroll down for US, UK, Canada Mr Rogers Costume 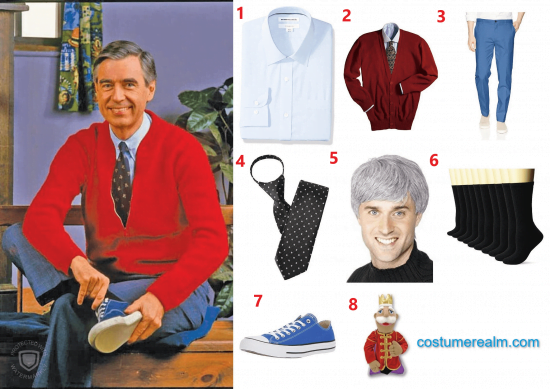 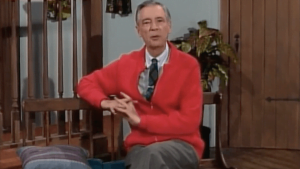 Mr. Rogers prefers a smart casual look, A light blue dress shirt is a perfect choice. Mr. Rogers is famous for wearing his cardigans. Most are knitted by his mother. If your mother can't knit a cardigan don't worry most V-Neck cardigan will do the job. The essence of Smart-casual is a pair of blue dress pants. Khaki or Gray would work. Mr. Rogers uses his sneakers to walk around quietly on the set. A pair Converse Sneakers will be perfect. Wear a gray wig to complete your Mr Rogers costume. Mr. Rogers was also a known puppeteer, so don't forget your puppet. 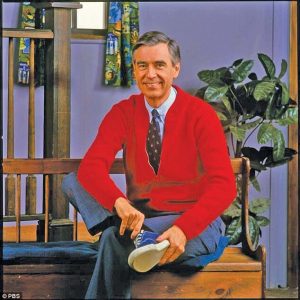