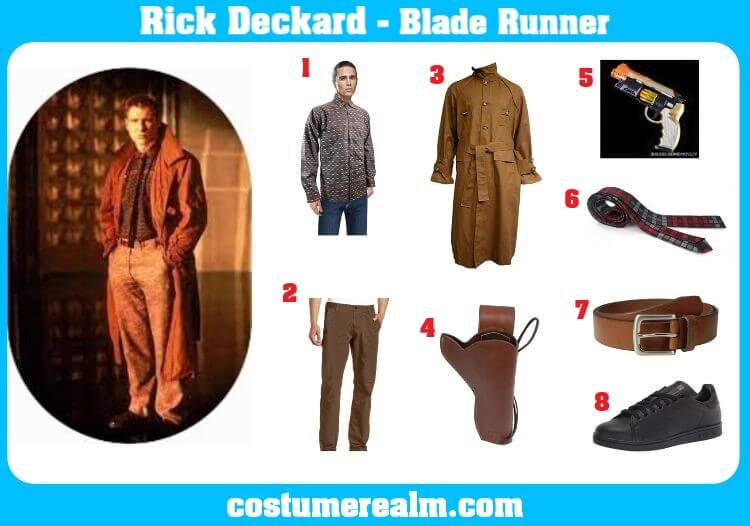 You need the following items for your Rick Deckard Halloween costume:

How To Dress Like Rick Deckard From Blade Runner 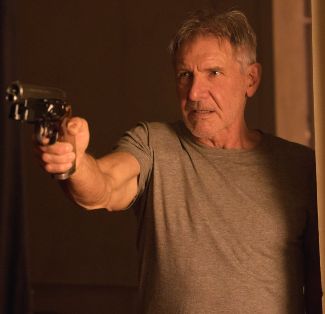 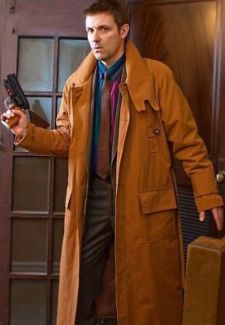 In November 2019, Deckard is brought to Los Angeles by Gaff to meet with Bryant, who tells Deckard that he needs to withdraw four Replicants who have rebelled and escaped to Earth. Their motives are because they have a lifespan of four years and are trying to extend it. Deckard arrives at the Tyrell Corporation and performs the Voight-Kampff test on Rachael to find out if she is a replicant or not.

When Rachael visits Deckard at his apartment sometime after the test, Deckard reveals to her that the memories Rachael had were memories of Tyrell's niece, leaving her distraught. Deckard later examines Leon's hotel room and finds a photo of Zhora and tracks her down at a strip club. Deckard kills Zhora before Bryant arrives and tells him he needs to retire Rachael as well. Soon after, Deckard is confronted by Leon and after a brief struggle, Rachael shoots and kills Leon, saving Deckard's life.

When the two return to Deckard's apartment, Deckard promises Rachael that he will not pursue her, and when she tries to leave, he physically restrains her and kisses her. Sometime later, Deckard enters Sebastian's Bradbury Building apartment, where he is confronted by Pris. Deckard kills Pris before being confronted by Roy Batty, who dislocates two of his fingers in retaliation for killing Zhora and Pris.

Batty chases Deckard through the building, and when Deckard nearly falls to his death, Batty saves him, and Batty monologues about how his memories fade over time "like tears in rain" before dying peacefully. Gaff arrives shortly after, and as he hands Deckard his gun, he warns Deckard about Rachael, "It's a pity she won't live. As Deckard rushes back to his apartment, he finds Rachael safe and asleep on his bed.

Before leaving, Deckard picks up an origami in the shape of a unicorn, which is the ending for the workprint version, the director's cut, and the final cut. In the theatrical version, Deckard and Rachael drive off into the sunset, with Rachael's life endless as she is "special".