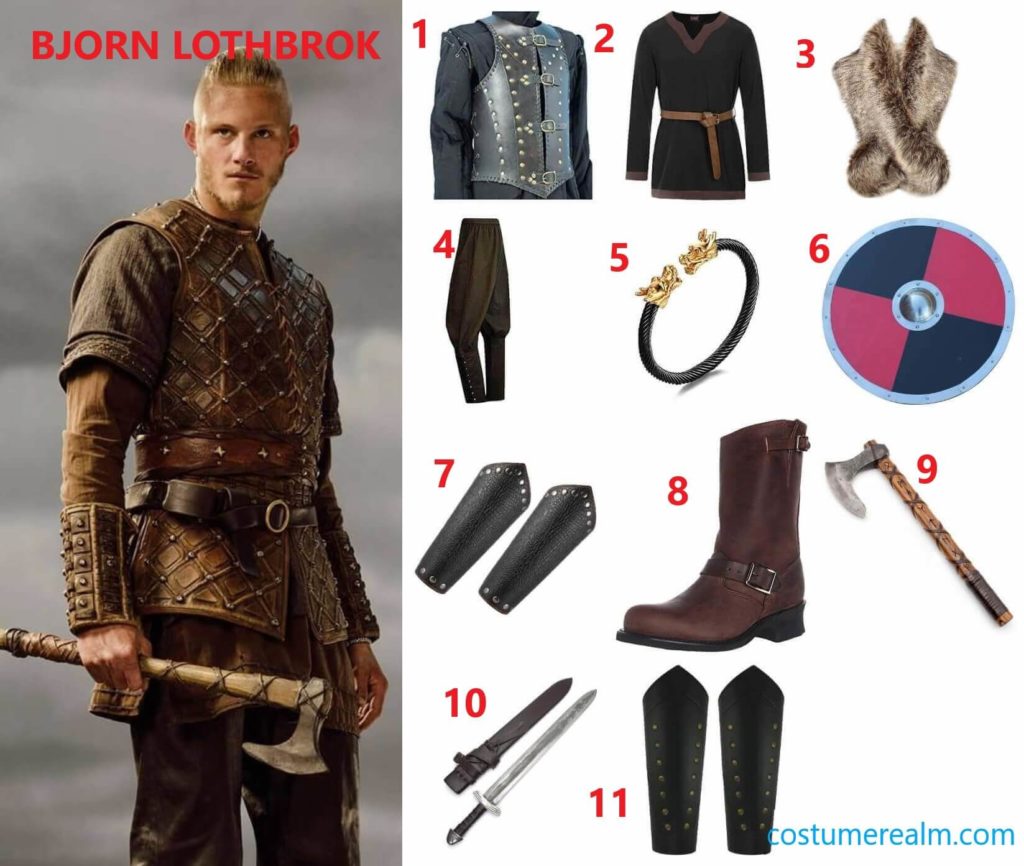 You need the following items for your Bjorn Halloween costume: 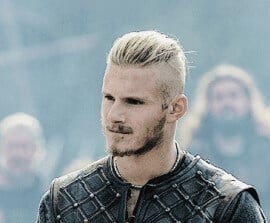 Björn Ironside is the eldest son of  Ragnar Lothbrok and Lagertha and King of Kattegat. He later appeared as Uncle Rollo's biological father, but he believes he was Björn Ragnar's son. Gunnhild's husband was Torvi's third husband and Torvi's four living children Erik, Reil, Hali and Asa's father. Bjorn is Ragnar's heir to Kattegat. Imitating his loyal and wise father, Björn made a name for himself following his father's footsteps as a formidable warrior, leader, and explorer. 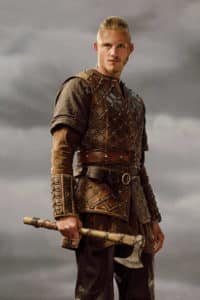 Dress like Bjorn From Vikings; Bjorn costume consists of a body armour, medieval tunic and cuff bangle bracelet viking outfits which can be worn in halloween. You need Viking armors, viking looking pants and top, a brown cloak and brown warrior boots . To complete your Bjorn look dont forget the Viking Axe and shield.