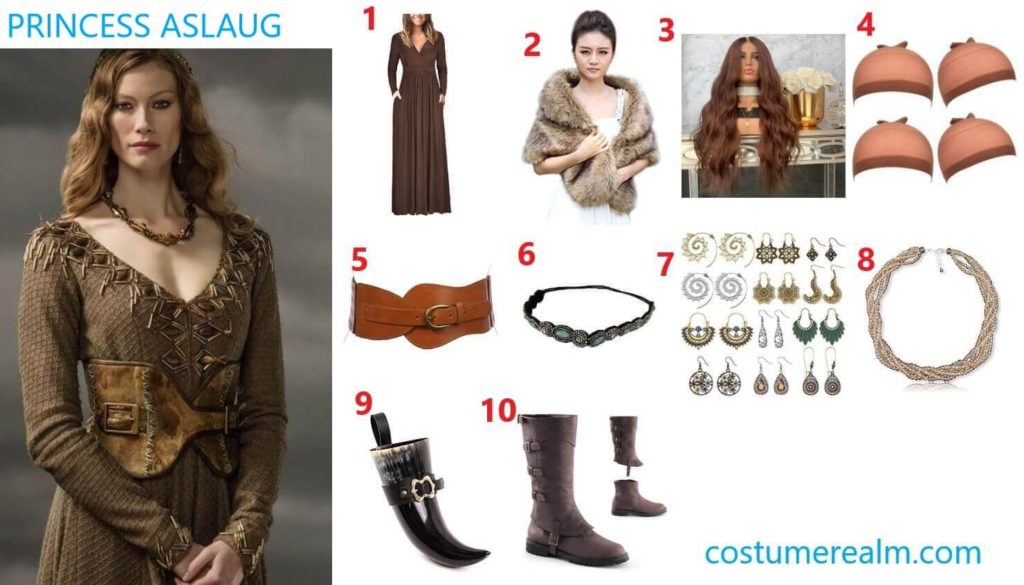 You need the following items for your Princess Aslaug Halloween costume: 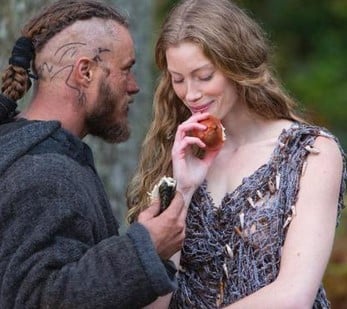 Aslaug is seen as the wife wrecker as she seduces Ragnar off her first wife, Lagertha, and becomes pregnant with the errant Viking king. While Aslaug and Ragnar produce many sons, their relationship becomes very strained by the end. 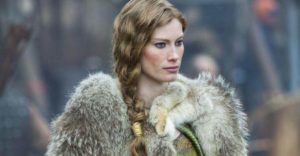 Aslaug was the second wife of Ragnar Lothbrok. Aslaug had a gift, believing that she was a Volva who could see the future through visions.
Aslaug was a princess, the daughter of Brynhildr, a legendary shieldmaid, and Sigurd, a legendary hero who killed the dragon Fafnir. Both parents died before meeting one of them, and she learned social skills and refinement against warrior skills. 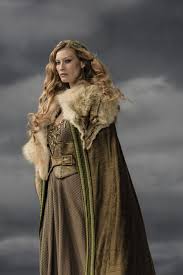