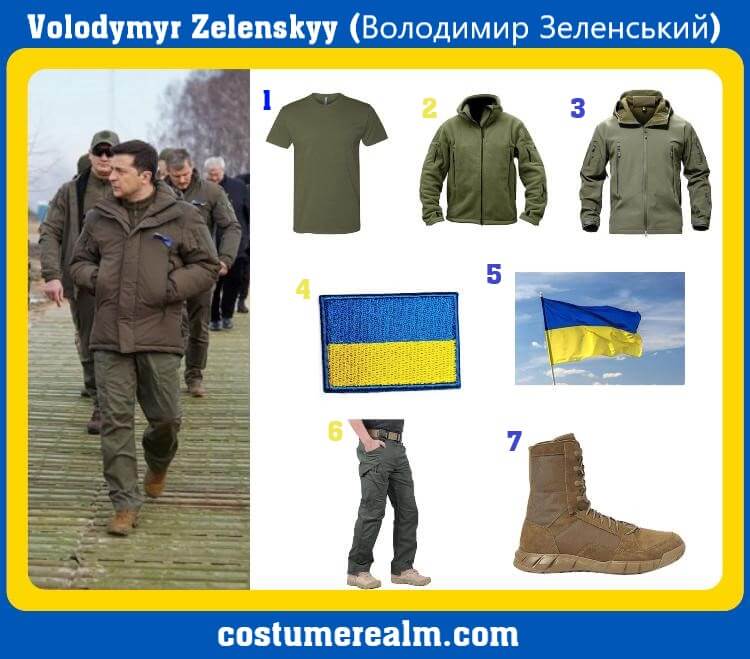 You need the following items to dress like Volodymyr Zelenskyy: 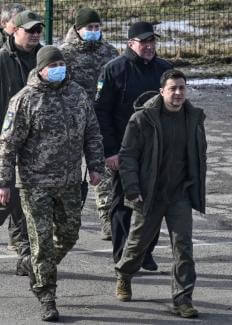 Zelenskyy's Attire: After the Russian invasion of Ukraine on 24 February 2022, president Zelenskyy of Ukraine started to be seen on world media effectively. As the country is at war with one of the biggest military power of the world he was expected by some to leave the country, yet he is seen on social media every day now in his famous attire. His attire is somehow military, but mostly tactical. He wears a military green t-shirt, a matching fleece jacket, and a shell jacket. He completes his outfit with matching tactical cargo pants. 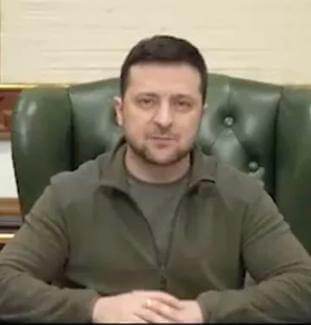 President Volodymyr Zelenskyy of Ukraine has become the face of the nation's resistance to Russia's attacking military force with impassioned speeches like this month's virtual speech before the US Congress. However, Zelensky came to power with little orthodox political experience. Prior to his election, he was best known for playing a television role as an ordinary schoolteacher who was by chance hurled into power. The show Servant of the People ran for four years and made him a family name.

Since the Russian occupation began on February 24, Mr. Zelenskyy has captured the world's imagination, often wearing military vests when calling people to step up the fighting in recordings from central Kyiv and shared in social media posts. At other times, the president has urged Western leaders to step up efforts to overcome Putin. Disappointed by the West's involuntariness to step in militarily, Zelenskyy has a number of times called on NATO to impose a no-fly zone over Ukraine, an idea NATO has disapproved because it said it would drag the alliance into warfare with Russia.
4 1 vote
Rate This Costume Guide
Subscribe
Connect with
Login
0 Comments
Inline Feedbacks
View all comments