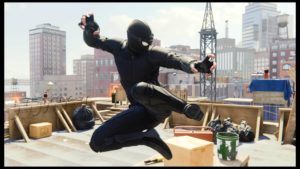 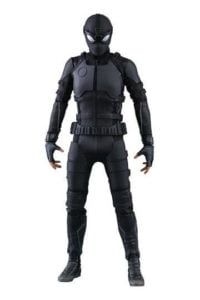 First design
The first appearance of the stealth costume was mostly black with bright red, blue or green parts, depending on which mode the user selects.

It was later used by Kaine on the Spider Island to defeat the Spider Queen.

Second design
The new color of the costume (red and black) resulted from the inclusion of the suit in this design, purposely undertaken by Madame Web, who wanted it to change what the Scarlet Spider (and Ben Reilly) meant in Kaines past.