You need the following items for your Donald Trump Halloween costume: 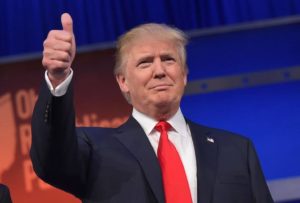 Donald John Trump is the 45th and current President of the United States. Before joining politics, he was a businessman and TV personality.

Trump was born and raised in New York's Queens district and received a B.S. Degree in economics from the Wharton School of the University of Pennsylvania. He took over his family's real estate business in 1971, renamed The Trump Organization, and expanded his activities from Queens and Brooklyn to Manhattan. The company built or renovated skyscrapers, hotels, casinos and golf courses. Trump later founded various subsidiary companies, mainly by licensing his name. He co-authored several books, including The Art of the Deal. He was the recipient of the beauty contests Miss Universe and Miss USA from 1996 to 2015 and produced and moderated the reality TV program The Apprentice from 2003 to 2015. Forbes estimates its net assets at $ 3.1 billion 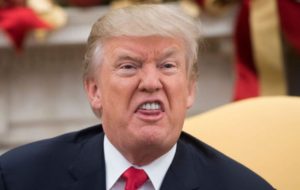