Over The Garden Wall Wirt Costume 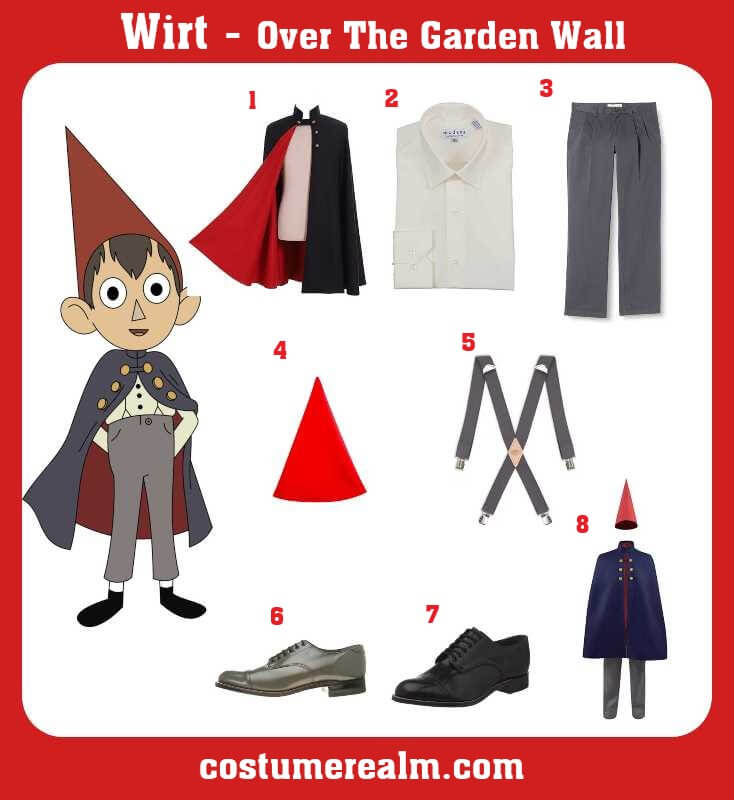 You need the following items for your Wirt Halloween costume:

Wirt (voiced by Elijah Wood) is the main character of the Over the Garden Wall. He is the half brother of Greg. Unlike his brother, he approaches life with a serious attitude. He is stubborn and doesn't like to go against the advice of others, which often gets him into trouble.

Get the look of Wirt by dressing up in his cape, a long sleeve white or beige shirt, a gnome hat, grey pants.

Wirt's look won't look complete unless you team up with his half brother Greg.  Get your brother or best friend to dress up as awesome Wirt for the best male couple costume ever.

How To Dress Like Wirt From Over The Garden Wall 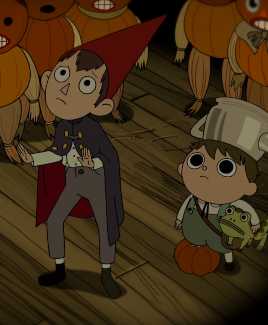 Wirt Costume: Wirt is nearly twice as tall as Greg, he is also very thin. To recreate Wirt's look, head to a costume shop to get a gnome hat, if you don't already have gray trousers, black/gray dress shoes, and white or beige button down shirt, head to a retail store to get them. Finally, check online for his cape. Don't forget that one of Wirt's shoes are black and the other one is dark gray.

A tall and thin boy with a red pointed hat made from an old Santa hat is named Wirt. He wears a navy blue cape with yellow buttons, gray pants that reach his ankles, suspenders, and a white shirt with buttons. His hair is dark brown and his bangs cover most of his forehead. He has large ears, a big nose, and big, round eyes. He wears two different types of shoes, one being dark gray and the other being black. Throughout the series, they are left untied.

About Wirt From Over The Garden Wall

There is a naive and childish side to Wirt, but he is a pessimistic. Even though he is more perceptive than his brother, he is still a kid, and he is easily scared. In the story of Over the Garden Wall, Wirt has to fight to stay optimistic against tough situations. At some point, Wirt finally gives up on the idea that he and his brother will ever escape the Unknown. The Beast was able to drag him down into despair because he usually thinks negative thoughts. The playful, childlike side of Wirt can be found in Gregory's brother.

As shown in chapter nine, Wirt seems to be the type of teenager who magnifies everything, particularly when it comes to Greg giving the tape to the girls during the football game, the fact that Sara's friends and everyone at the party seems to know him and consider him a friend. When this happens, he claims that his life is ruined, blames Greg, and refuses point-blank to simply talk to Sara about his feelings. This further complicates both his interactions with her and his eventual predicament in the Eternal Garden. In his fight with the Beast, it is shown that when Wirt analyzes his problems and stays kind to others, he is able to calmly and confidently find a solution. Before, when he was so full of anxiety and uncertainty that he could only think of the worst things that could happen, he couldn't find a solution. When things went wrong, Wirt got angry and focused on his problems.
0 0 votes
Rate This Costume Guide
Subscribe
Connect with
Login
0 Comments
Inline Feedbacks
View all comments