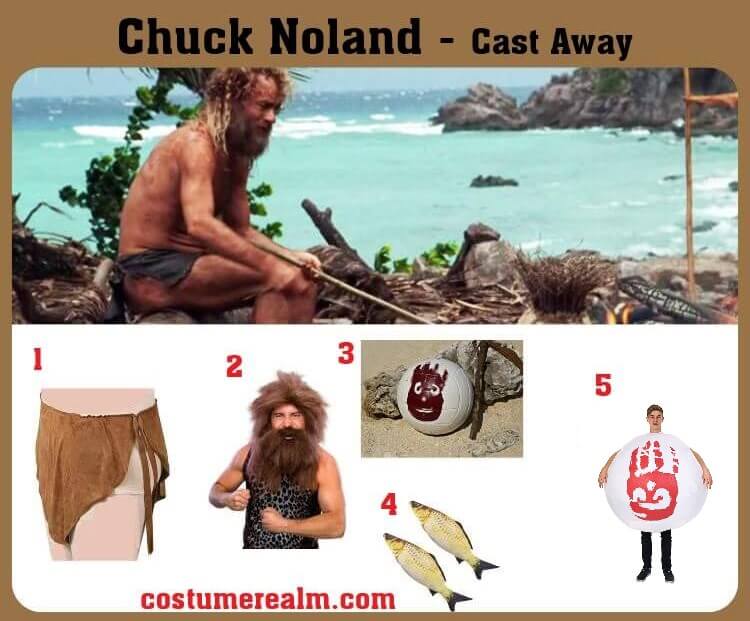 You need the following items for your Chuck Noland costume: 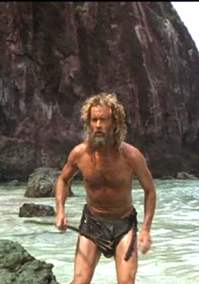 Chuck Noland Outfit: You need to get caveman shorts or you can use old linen-looking clothe or just old shorts.

Chuck Noland Wig: Chuck has no means to shave her facial hair properly on the island yet your best choice is to grow your own facial hair for a couple of months or you better just use a caveman wig.

Chuck Noland Accessories:  Don't forget to get a Wilson volleyball to represent Chuck's best and only friend on the island. 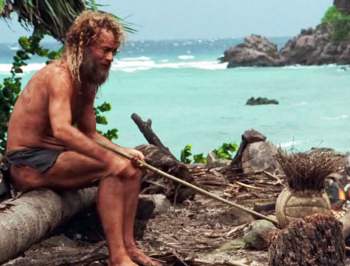 Chuck Noland is a systems engineer at FedEx. He is known for surviving four years on a deserted island in the Pacific after the crash of a FedEx plane he had on board. He stayed on the island from 1995 to 1999 when he decided to build a raft which he later used to get off the island. He was then found on his raft by a container ship that saved him. He survived on the island by drinking water trapped in coconuts and eating fish that he hunted in the sea around the island.

When Chuck Noland first landed on the island a couple of FedEx packages from the crashed plane, as well as the body of one of the pilots he later buried, also washed up on the bank. He tries first to give a signal to the rescue and tries to escape with the remains of his life raft, but cannot pass the mighty surf and coral reefs that surround the island. He searches for food, water, and shelter, opens the packages, and finds a number of useful items. He leaves a package with two angel wings unopened. The first time he tries to start a fire, Chuck receives a deep wound on his hand. In anger and pain, he throws several items, including a Wilson volleyball, out of one of the packages. A short time later he draws a face in the bloody handprint on the ball, calls him Wilson, and starts talking to him. One night, Chuck reckons that in order to find the location of the plane crash, rescue workers will have to search an area twice the size of Texas, making him doubtful that it will ever be found.