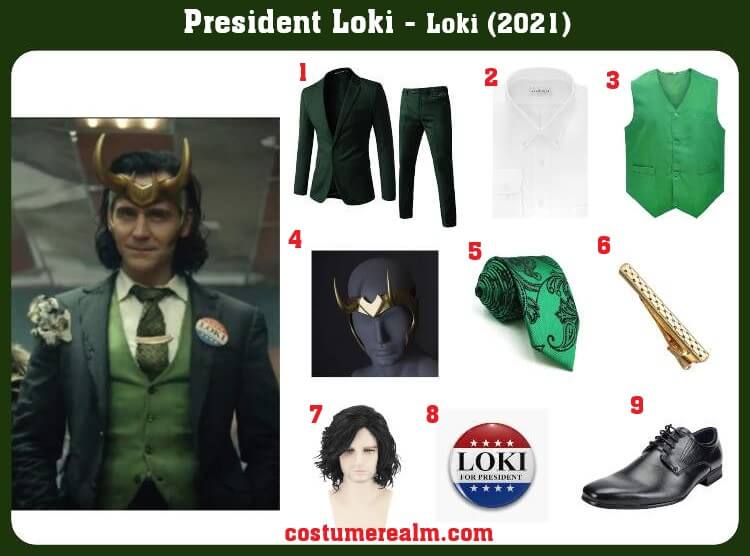 You need the following items for your President Loki costume:

How To Dress Like President Loki from Loki of Disney+ 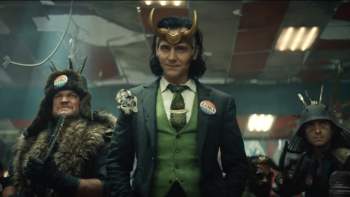 Loki Accessories: To complete your Loki Halloween costume don't forget to get a white dress shirt, a tie clip, and "Loki For President" button

Loki is a Marvel comic book character, a supervillain who became a hero and belongs to the Norse god of doom. He is one of the main characters in the Marvel Cinematic Universe saga.

This version of the mythological Loki was developed by Stan Lee, Jack Kirby, and Larry Lieber.