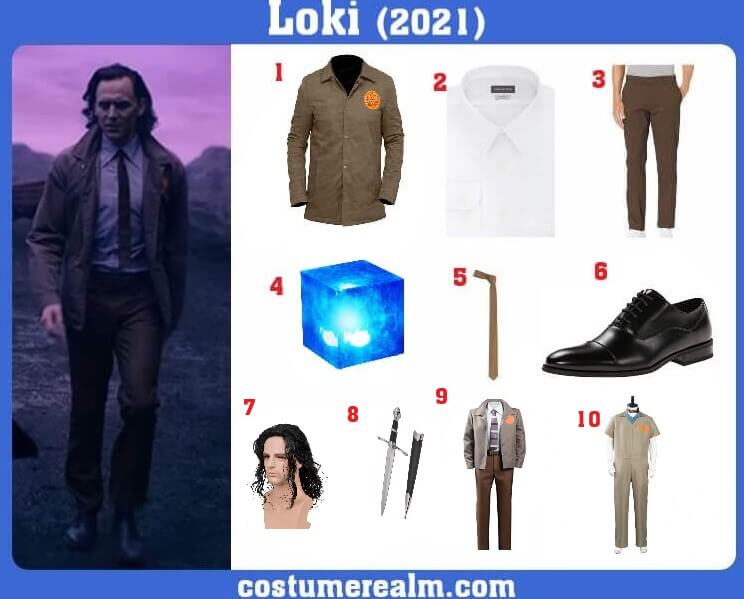 You need the following items for your Loki  2021 TVA costume: 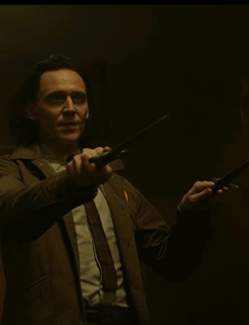 Loki Costume: Loki wears a brown jacket with a TVA patch on the left chest and reads "VARIANT" on the back and brown matching pants with a white dress shirt.

Loki Wig: Loki has shoulder-length black wavy hair. If your hair can't be styled like Loki's you can use a wig. 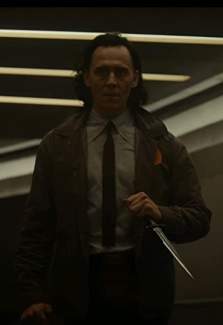 Loki Laufeyson is the adoptive brother of Thor, who grew up with him in Asgard. In his adulthood, Loki's plans resulted in him launching an assault on Earth and commanding the Chitauri to obtain the Tesseract, but he was stopped and defeated by the Avengers. However, the intervention of another group of Avengers, traveling through time from the future to obtain the Infinity Stones to save the world, enabled him to steal the tesseract to create a wormhole and escape.

The Loki variant is similar in many ways to the main Loki timeline and possesses an incredible amount of arrogance, ego, and delusion that verges on full narcissism, along with a lot of pride in one's abilities. Since Loki has not seen the emotional growth of his main counterpart in the timeline, he is noticeably still very selfish and self-centered.

Like Loki's main counterpart, however, he still possesses love and affection for his family, which erupts noticeably when Mobius M. Mobius reveals that Frigga not only died but was indirectly responsible for her death. Loki also shows real happiness when he learns on the main timeline that he has made peace with his father Odin and brother Thor. He also reveals to Mobius that basically he doesn't really like to hurt people or cause death, but rather does so because of his own perceived inadequacy and just wants power and conquest just so he can have some control over his life.