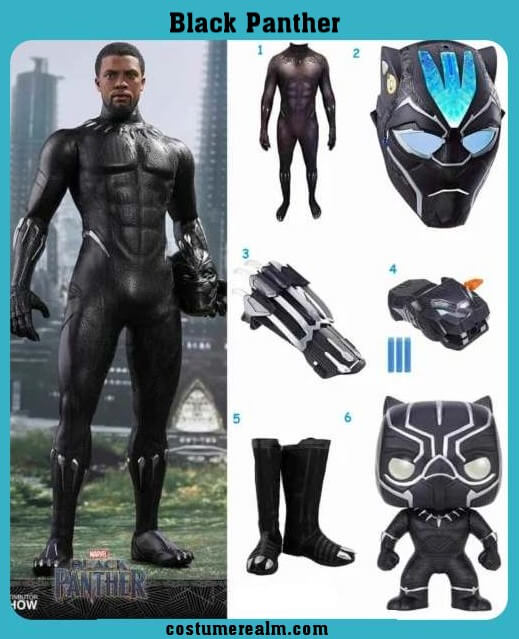 You need the following items for your Black Panther Halloween costume: 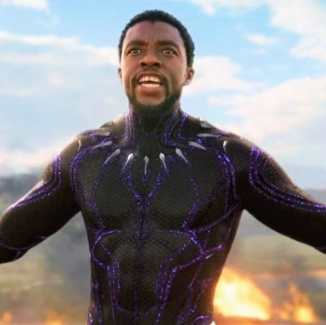 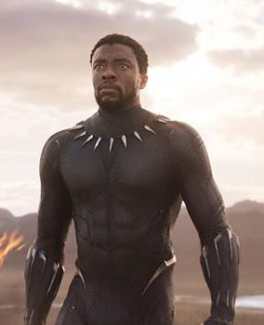 T'Challa is polite, respectful and cares very much about the people he is with and whom he considers to be his friends. It is shown that he has great respect for other people, especially his father T'Chaka. He respects the tradition and principles of Wakanda and is ready to take action whenever necessary. When his father died, he was ready and willing to take his rightful place as King of Wakanda. Although he does not seem to favor fighting, he quickly tried to avenge his father's death. As an honorable fighter, T'Challa respects his opponents and is ready to spare his enemies' lives. That being said, he is not against killing his opponents in a fight and does not always try to avoid deadly measures to deactivate them.

T'Challa was the first biological son of T'Chaka, the king of the African nation Wakanda, a remote, technologically advanced country that contained the only source of the rare, extremely durable metal called Vibranium. His mother N'Yami died a week after the birth of her son from the effects of a rare autoimmune disease that she had suffered during pregnancy. T'Challa's adopted older brother Hunter blamed him for her death.

T'Challa was taught as a child in the qualities of Vibranium, and his teaching in royal duty began at the age of five. When he first escorted his father to border control, T'Challa lost but was found by outsider Ramonda. After meeting T'Chaka, Ramonda stayed in Wakanda and became the mother of T'Challa.