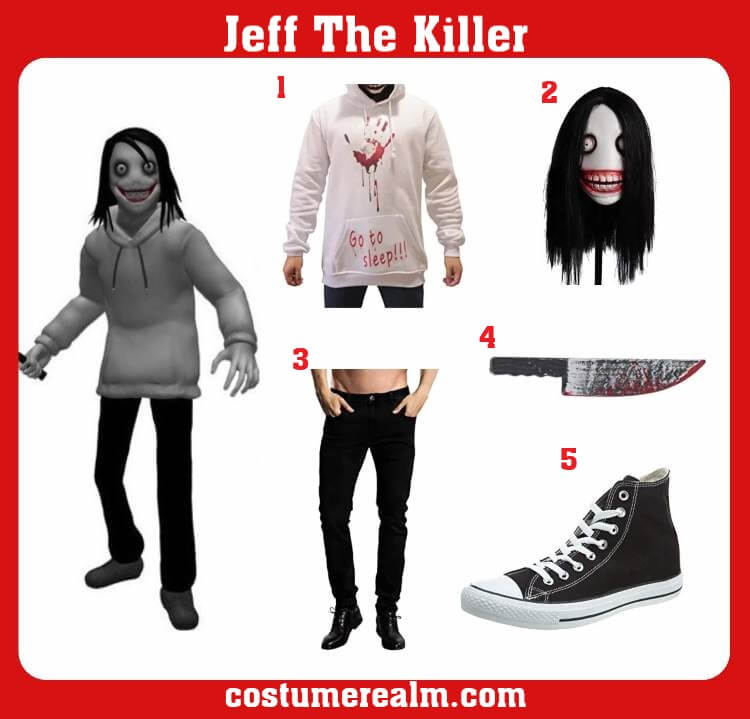 You need the following items for your Jeff the Killer Halloween costume: 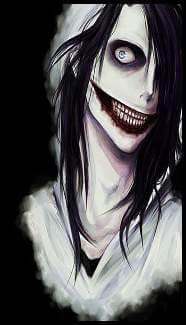 Jeff The Killer Hoodie: In Creepypasta Jeff is described as wearing a white hoodie that sometimes has blood on it.

Jeff The Killer Mask: Being very pale and carving his own lips to give him a scary look Jeff has a very unique look. You can either makeup or use a mask. 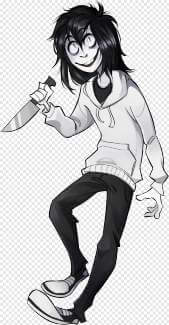 Jeff has very pale skin and burned eyelids, which gives him a very creepy look. Jeff later got his most distinctive feature, the Glasgow smile carved on his face. His physique is commonly described as slim, but at the same time with lean muscle tone and a height of about 5'10 "to 6'0" feet. He is usually portrayed in various fan depictions in his late teens or early twenties. His clothing usually consists of black suit pants with a white hoodie, as described in the story, sometimes stained with fresh and old blood from his victims.

Before he was burned alive, he was a calm and fairly unsocial teenager, and not that people really knew him very well. However, shortly after the incident, he became excruciating, aggressive, bloodthirsty, and violent, making him one of the most dangerous serial killers in his hometown. Jeff is known for luring his victims into eternal sleep with a kitchen knife and an eerie but gentle tone of voice. Although he prefers to murder his victims with knives, he is more than willing to use any form of weapon in a desperate situation. In fact, he is an extremely stealthy and vicious person who can almost always break into the victim's homes without being caught in the act.

Despite being the average person, Jeff seems to have incredible supernatural abilities that only apply to his human qualities, such as incredible stealth, speed, and supernatural strength with which he mercilessly butchered his victims. Jeff is incredibly durable and able to overcome his parents and brother by simply gutting them. One thing that makes him stronger is his intense hatred and bloodlust to keep him going, as well as his great perseverance. In recent years, Jeff has been portrayed as a charming person who manipulated people into trusting him only to stab them again later.