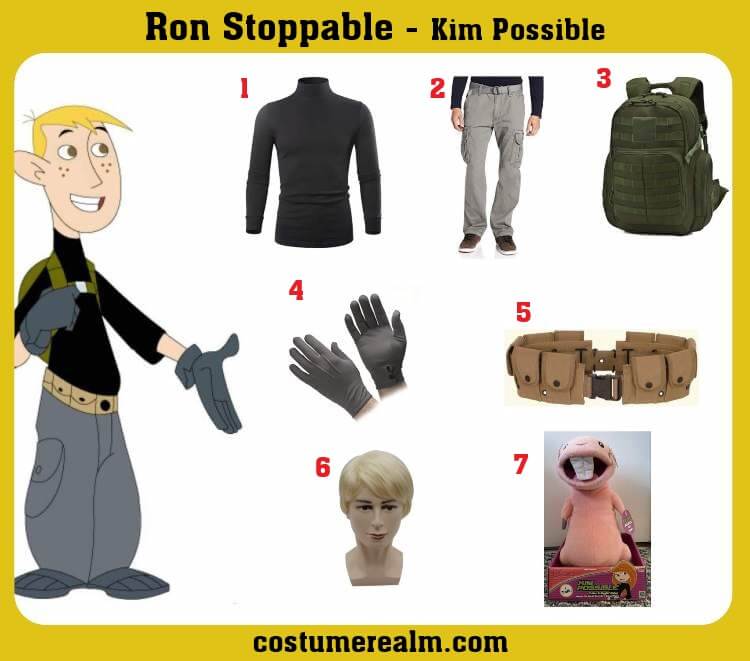 You need the following items for your Ron Stoppable costume: 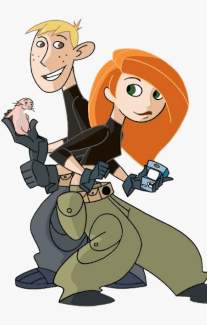 Ron Stoppable Wig: If you are not blonde, you can use a short blonde wig. 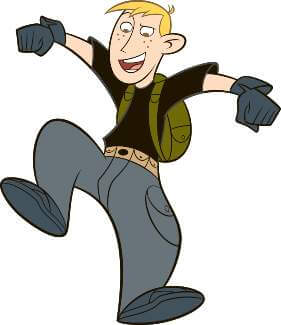 Ron is of medium height as he was estimated to be 5'9 "with a wiry build.
He has blonde hair and brown eyes with a fair complexion and freckles on both cheeks. Its face is oval with a long and pointed nose.
Ron was a student with an eccentric personality. He served as the "bumblebee buddy" and best friend of Kim Possible. He's the classic on-screen portrayal of an immature and idiotic white loser.

His antics are often those of a comedian distracting bad guys, but he also served as an anchor for Kim's competitive and image-conscious personality. Due to Ron's unpredictable nature, he has shown serious contradictions and inconsistencies regarding personality and skills

Ron has repeatedly shown a tendency to become obsessed with various ideas and concepts, especially if they are either related to what he sees as a personal flaw in himself or if they somehow correct the above flaw in his eyes.

Although Ron was almost constantly unpopular in school and generally did not care, he occasionally made extreme efforts to achieve or maintain a sudden surge in popularity. Notable examples included twisting Kim's words in an interview to create the impression that she had a crush on quarterback Brick Flagg, obsessed with his alleged lack of manhood and physical stature, and almost every sport his school offered, tried to become popular with girls. These cases became rarer over time.

Ron's obsessions occasionally put himself and those around him at serious risk. After a new haircut suggested by Kim, Ron practically changed his entire lifestyle to increase his popularity but overlooked the fact that his new wardrobe did not include a pocket in which Rufus could rest safely. Ron later attempted to legitimize a junk food diet by eating only Bueno Nacho meals, which quickly worsened his already bad eating habits and eventually turned him into an angry giant when paired with Henchco's Project Titan vat.