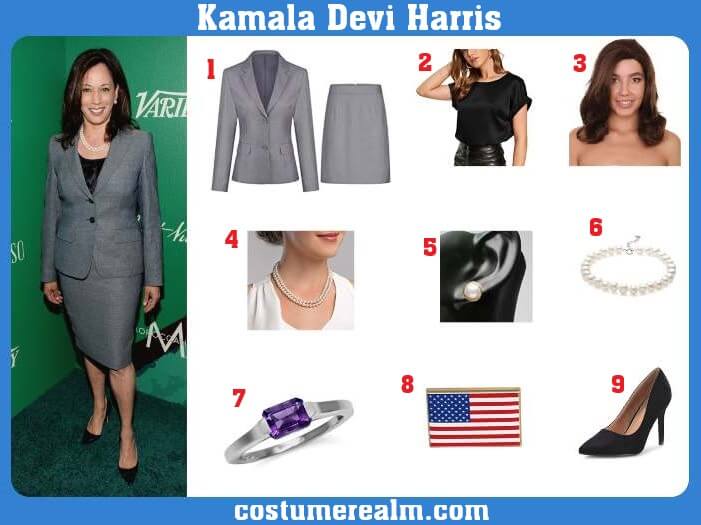 You need the following items for your Kamala Harris Halloween costume: 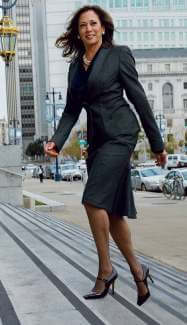 Kamala Harris' Suit: Kamala Harris' fashion style is straightforward and professional. She looks great in her outfits no matter what she wears. Most of the time she prefers skirt suits or pantsuits. Her choice of color is mostly tones of gray or black, but she wears all white or colorful attires perfectly as well. 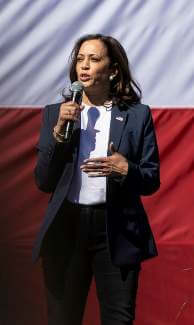 Fashion was likely a less urgent consideration for Vice President Kamala Harris, who along with President Joe Biden inherited the coronavirus crisis and simmering social tensions when they rose to the White House last month. But that doesn't mean the historic VP's decisions - and their influences - continue to be scrutinized by the fashion elite, political critics, and the public.

Vice President Harris was born in Oakland, California to parents who emigrated from India and Jamaica. She graduated from Howard University and the University of California, Hastings College of Law.

On August 11, 2020, Vice President Harris accepted President Joe Biden's invitation to serve as Vice President and unite the nation. She is the first woman, the first black American, and the first South Asian American to be elected Vice President, as in other offices she has held. However, she is determined not to be the last.