From The UK? See all the below items directly on Amazon UK our See all or guides on Amazon UK. 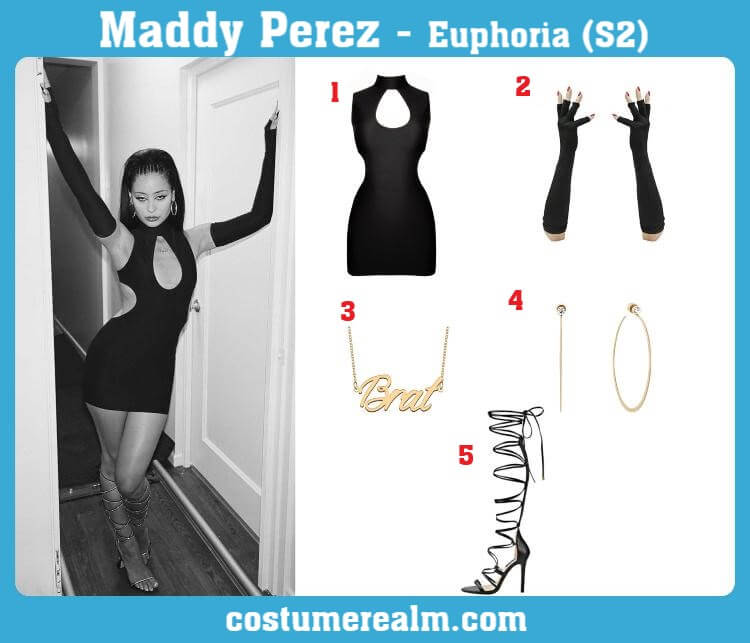 You need the following items for your Maddy Perez Black Cut Out Mini Dress Outfit: 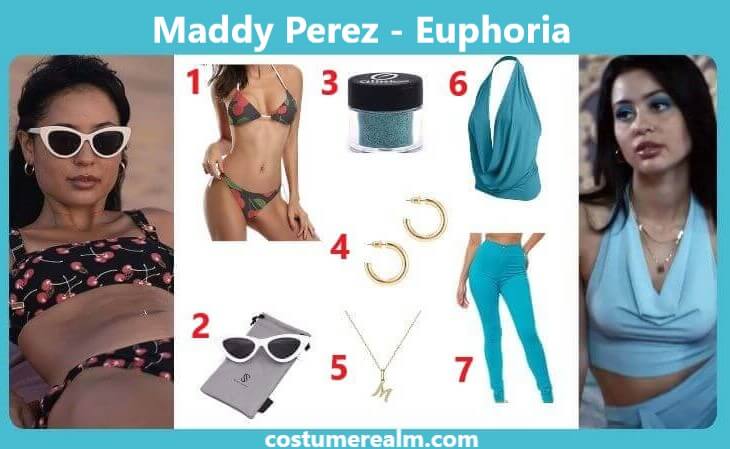 You need the following items for your Maddy Perez cosplay costume: 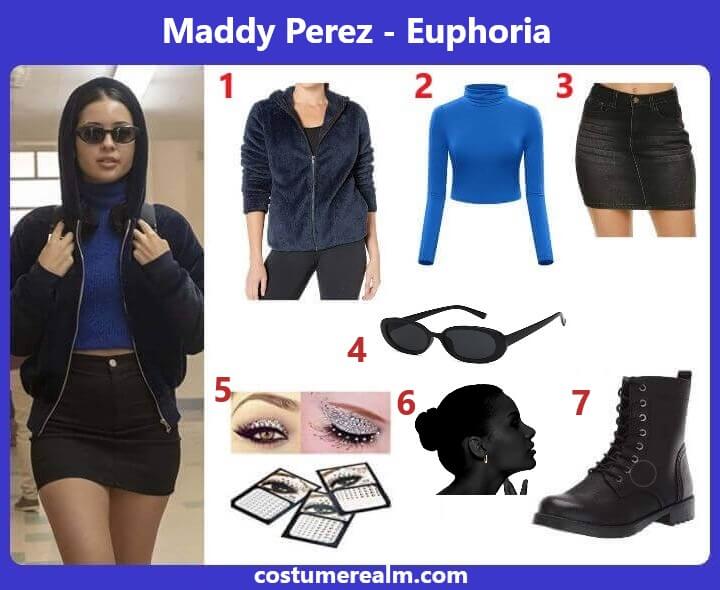 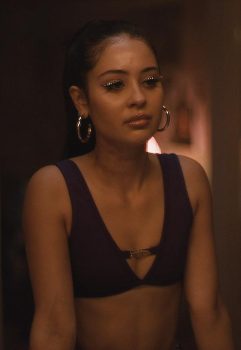 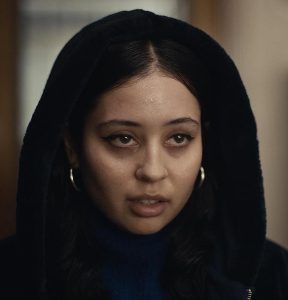 Madeleine -Maddy- Perez is a main character in the first season of Euphoria.  Maddy is portrayed by Alexa Demie.
The confident, combative Maddy is Nate's uninterrupted girlfriend and carries the weight of Nate's emotions.

About Maddy Perez From Euphoria

Maddy has full lips, light skin, dark brown, wavy, thin, shoulder-length hair, & dark brown eyes. In a manner similar to Jules, her makeup is colorful, but also more structured due to her past as a pageant queen, with her signature winged eyeliner being a staple in her various looks.

Maddy is confident and outgoing. She is rarely seen alone and is always surrounded by friends, but she seems close to Kat and Cassie.

Maddy lacks a voice filter and is said to be straightforward and honest. She says what she thinks and doesn't care what most people think of her. Maddy defends her friends when others make rude remarks and shows care and sincerity in her actions. This can be seen when arguing with Kat when Kat tells Cassie that she and McKay won't be together "forever", or BB tells her "not to be a cunt for five minutes" to Kat. Also informed says Tyler that she only has sex with him to make her "ex-boyfriend jealous." However, according to Kat, she is self-absorbed and cannot give up on Nate.

She's comfortable in her sexuality and has moments of compassion with her friends and Nate. She also uses her own sexuality to her advantage, such as gifts.

Maddy has numerous bad qualities: she turns out to be extremely selfish, lies about sexual assault, and helps Nate avoid possible charges of hurting her. When in trouble, she is extremely emotional and relies on her friends for comfort. On the other hand, Maddy can be seen as immature and jealous. She and Nate both use other people all the time and will act sexually towards them to make each other jealous. This is only seen opposite Nate, possibly indicating that Nate is getting the worst out of Maddy.

As a by-product of her pageant years and a physical aid to her confidence, Maddy is always seen in fashion-forward clothing: typically, her outfits are two-piece: a slim, flattering top paired with matching bottoms and complementary graphic-style make up. with sharply winged eyeliner is one of her staples. She maintains a sense of style both at school and at social events. Only in moments of desperation does she deviate from her style.