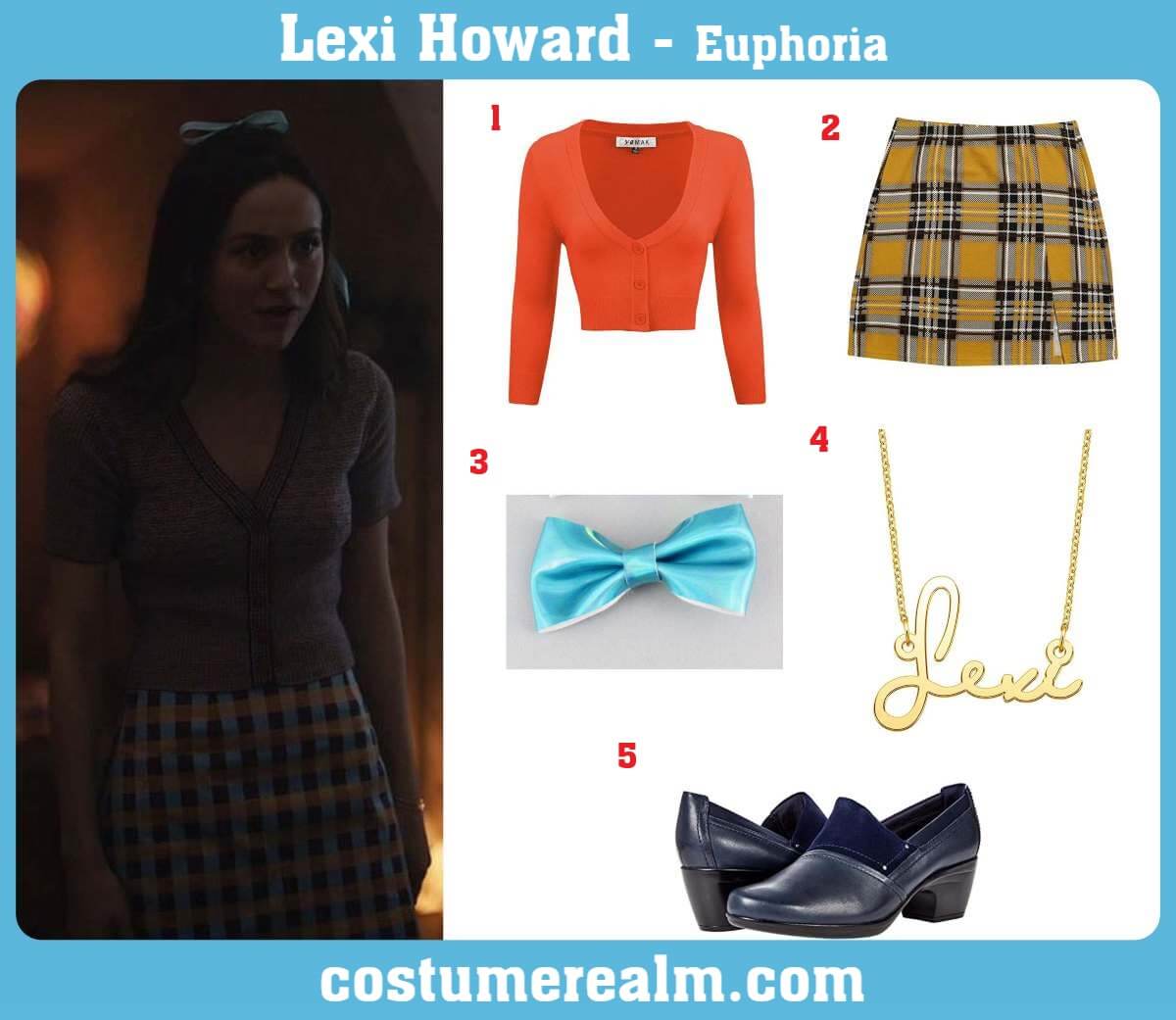 You need the following items to dress like Lexi Howard from HBO's Euphoria: 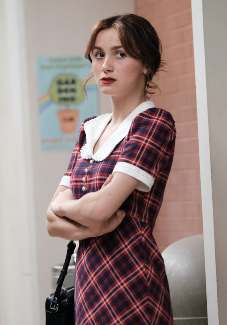 Lexi has brown hair, dark brown eyes, and fair skin. Her style can be described as "the girl next door". Mostly we see her in colorful sweaters or dresses with different types of collars. She prefers to be tidy with her look. Hair bows are another must-have for Lexi. She usually wears colorful bows.

Lexi Howard is one of the main characters in HBO's Euphoria. She is portrayed by Maude Apatow.

Born to Gus and Suze Howard, Lexi was raised alongside her older sister, Cassie Howard. Though Lexi's childhood was very similar to Cassie's, Lexi was often pushed aside by both of her parents, who seemed to favor Cassie more than her.

While attending preschool, Lexi became friends with Rue Bennett and is considered her best friend for many years to this day. When Lexi was invited to a freshman class by a student named Tucker Blake, she decided to try French kissing Rue. Afterward, Lexi asked if she felt "really weird" or "uncomfortable." Rue denied this.

However, they eventually broke up when Rue's drug use spiraled out of control. Lexi tried talking to Rue about getting help, but Rue didn't want it, so Lexi decided to limit contact with her. A few days later, Suze told Lexi that Rue overdosed but survived. Despite this fact, Lexi still blamed herself and claimed that things could have been different if she hadn't been so passive and didn't dare to speak up. The night Cassie left her father at home, Lexi saw him walking away with her stolen fine china, but was too scared to say anything and decided to go back to bed.