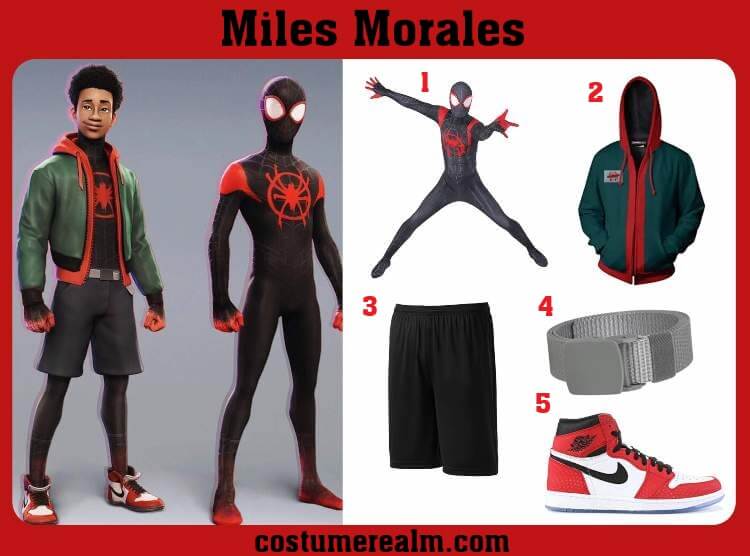 You need the following items for your Miles Morales costume: 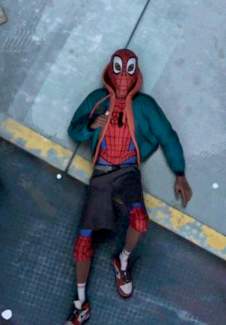 Miles Morales Costume: Miles Morales' costume is very similar to Spider Man's costume except for its color, which is black and red, and the spider logo on the chest, which is a lot bigger than that of Spider Man's.

Miles Morales Hoodie: Like the Spider-Man in Homecoming, Miles wears a jacket ( a hoodie actually) on top of his costume from time to time. It is green, black & red. 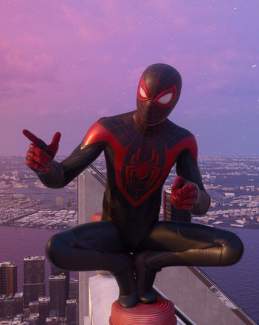 Miles Morales is a 13-year-old teenager from Brooklyn who took over the mantle of Spider-Man after the death of Peter Parker, who was born in his dimension. He was a normal boy until he was bitten by the radioactive spider, which gives him the same skills and powers as Spider-Man.
Miles Morales is a child who lives in Brooklyn. This is the first time he's seen on his way to his new school. He wanted to go there but ended up with his father. At school, he received an essay about his life. Later after school, his uncle Aaron asked him to paint graffiti in the subway station.

Miles is a promising kid with great potential who just wants to be normal but often does amazing things while trying to avoid the spotlight. When he was inducted into the Brooklyn Visions Academy, Miles attempts to kick himself out by deliberately failing a science test. Miles is a nice and friendly person who enjoys making friends and family laugh. He also has a habit of joking when he finds himself in uncomfortable situations as a kind of tension breaker. Miles has a keen interest in hip-hop and graffiti cultures, and it seems he is constantly shaping his Brooklyn art as a form of self-expression and love for his city.

While Miles was initially reluctant to become a superhero like Spider-Man, he accepted his role as a New York protector after witnessing Peter Parker's death and being inspired by Mary Jane Parker's speech at Peter's funeral that in the end every Spider -One should be. Miles was already aware of his responsibilities and struggled in fear, trying to mirror Peter Parker's methods of being Spider-Man. Miles eventually realizes that he shouldn't try to copy Peter, but instead use his own ideals and deeds as the starting point for his leap in faith. This resulted in Miles finally switching to his traditional red and black suit, redesigning Peter's suit with the spray paint Miles uses in his graffiti art, and adopting the idea from Spider-Man.

Like the rest of the Spider Gang, Miles can be very persistent. When he found that the other spiders in his universe were at stake, he was determined to keep Peter Parker's promise to shut down the collider, even though he was not fully experienced. Nor was he willing to let Peter B. Parker stay in his universe to turn off the collider, and even went so far as to steal the USB drive and trigger it, which impressed Peter himself.