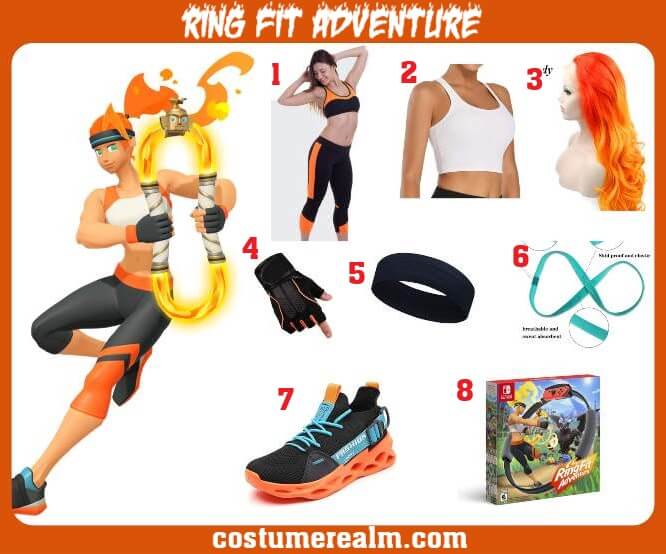 You need the following items for your Ring Fit Adventure costume: 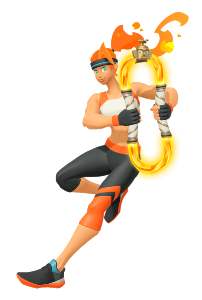 Ring Fit Adventure Trainee Accessories: She wears a black headband that has a blue line on and her shoes match her headband and her leggings. She also wears black & orange workout gloves and her golden flamey ring. 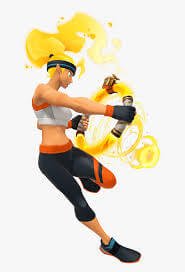