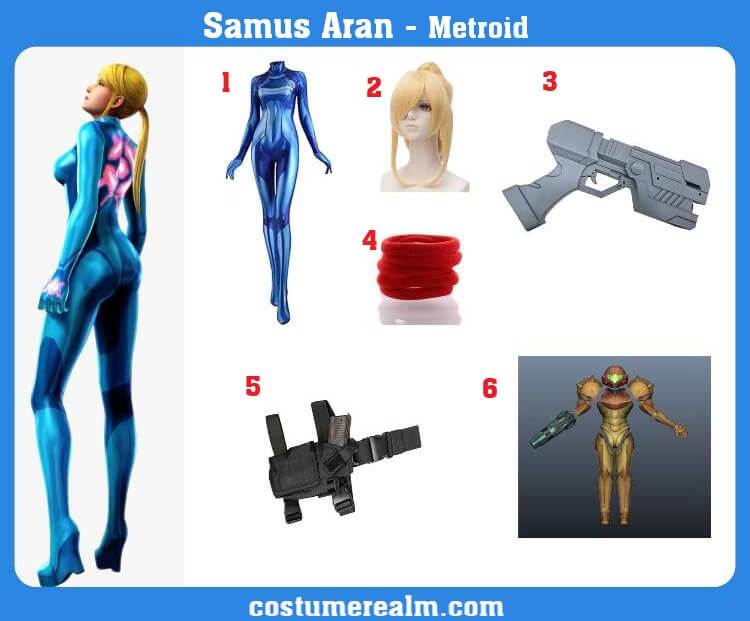 You need the following items for your Samus Aran Halloween costume: 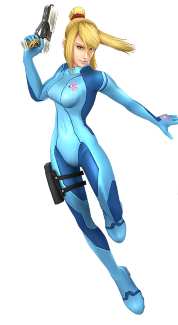 Samus Aran Bodysuit: Samus Aran's bodysuit is called "Zero Suit". It is navy blue and light blue. It is extremely tight and Samus wears it under her Power Suit.

Samus Aran Power Suit: Samus' power suit gives her extra offense and defense abilities with the cost of mobility. Unfortunately, it is not available in the market, you can use the 3D template of the power suit if you have a 3D printer.

Samus Aran Hair: Samus has blonde hair. She wears her hair in a ponytail with a red hairband.

Samus Aran Weapon: Samus uses a pistol known as the Paralyzer with her Zero Suit. It auto-charges stunning shots but lacks lethal power. 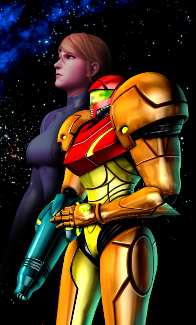 Samus Aran is an intergalactic bounty hunter and the protagonist of the Metroid franchise.

She is the daughter of Rodney Aran and Virginia Aran, she lost her parents in a space pirate attack on her home, the K-2L. Samus was later adopted by the mysterious Chozo and taken to Zebes, where she was infused with her DNA and raised to be a warrior. When she reached adulthood, Samus joined the Federation Police and served under Commandant Adam Malkovich. Although she eventually left to become a bounty hunter, she was nonetheless hired by the Galactic Federation on many occasions. Armed with her cybernetic power suit, Samus is known for completing missions previously thought impossible. Her most famous accomplishments are the destruction of the Zebes space pirate base, her role in ending the galactic Phazon Crisis, her extermination of the Metroid species, and her disobedience to orders from the Biologic Space Laboratories research station, where she chose the deadly X parasite instead to the Galactic Federation.

Samus Aran is a human. According to the Super Metroid Players' Guide, she is 6 feet 3 inches and weighs 198 pounds; However, the Metroid II: Return of Samus manual maps these measurements to your power suit instead. Physically, her body is quite slim under the armor, although her superhuman abilities may be due to her muscle/bone density due to her hybrid genetics and extensions. Her hair color is blonde, her eye color is blue with a green tinge, and she appears to be Caucasian. Samus usually wears her blonde hair in a modified ponytail with a red headband, with a curl on either side. However, the exact hairstyle can vary from game to game.

Samus' appearance varied widely in the early games. In the original Metroid, her hair was discolored brown, although it turned green once the player acquired the Varia suit. If Metroid II: Return of Samus was played with a Super Game Boy, Game Boy Player, or Game Boy Advance, their hair would be dyed red. It wasn't until Super Metroid that she officially went blonde, despite the non-canon comic strip dyeing her hair purple. Additionally, the Metroid: Zebe's Invasion Order Gamebook revealed that her hair color is mostly black.

Similarly, Samus' hairstyle changed in the early games and other media. In the original Metroid, her hairstyle was depicted as wavy and ended just above her shoulder blades, while in Metroid II and Super Metroid it was depicted as straight with parting on the left forehead and with bangs, respectively. the former only extends to the neck and the latter to the shoulders. In Fusion, she has two bangs, one of which is partially covering her left eye and shown long enough to reach down her back. In addition, similar to Fusion, Samus' hair was depicted in Zebe's Order of Invasion so long that it reached down her back. Samus' signature hairstyle debuted in Metroid: Zero Mission and has been featured in every Metroid game since then. The only exception is Metroid Prime Hunters, who, while holding Samus' ponytail, missed the two strands of hair on either side of her head. Previously, Samus had been portrayed with a ponytail in Metroid Prime and at the end of Metroid II and Super Metroid.

Samus' face structure has also changed between games. Metroid, Metroid II, Super Metroid, and Metroid Fusion gave her a wider face and bigger eyes than later incarnations. In particular, her appearance for Super Metroid should be based on the American actress Kim Basinger. In Metroid Prime, her jaw was angular, her eyes deeper, and her lips more defined, which gave her a Caucasian look. Zero Mission gave her higher cheekbones and thinner face than in previous episodes, and that template has been the foundation of every game since then. The incarnation of Echoes is possibly their most distorted appearance as the model in the game suffers from the eerie valley. Prime Hunters, on the other hand, gave Samus a face that seemed to be a mixture of the portrayal of Zero Mission and Prime. Samus retained the deep-set eyes, traditional ponytail, and fuller face of Prime, but also had Zero Mission's higher cheekbones. Corruption is closer to Zero Mission, with a thinner, stylized face. Samus Returns gave Samus a slightly angular face, along with slightly rounder eyes. In other media such as Zebe's Invasion Order, Samus' face has been rendered with a design similar to that used in various Japanese animes such as Speed ​​Racer.

On the other hand, Metroid: Other M is perhaps the biggest change Samus has ever had to her appearance since Zero Mission. She is shown for the first time with short hair and green eyes, with subtle facial features that are reminiscent of Asian descent. While her adult look still gives her a ponytail, the two curls on either side of her head have been greatly reduced, her bangs have been changed, and her ponytail has been moved towards the nape of the neck. She also has the beauty mark that Yoshio Sakamoto alluded to in the Super Metroid developer interview, under the left side of her lip. A mole was highlighted in the concept art for Metroid Prime but not added to the model. Before the end credits, Samus is shown with his hair loose, the first instance in 3-D. With her hair down, she has strands of hair hanging over her shoulders. After Anthony enters, the lock over her right shoulder is no longer there. She then ties her hair back in her ponytail, mirroring the scenes in Metroid II and Super Metroid in which she unties the ponytail.