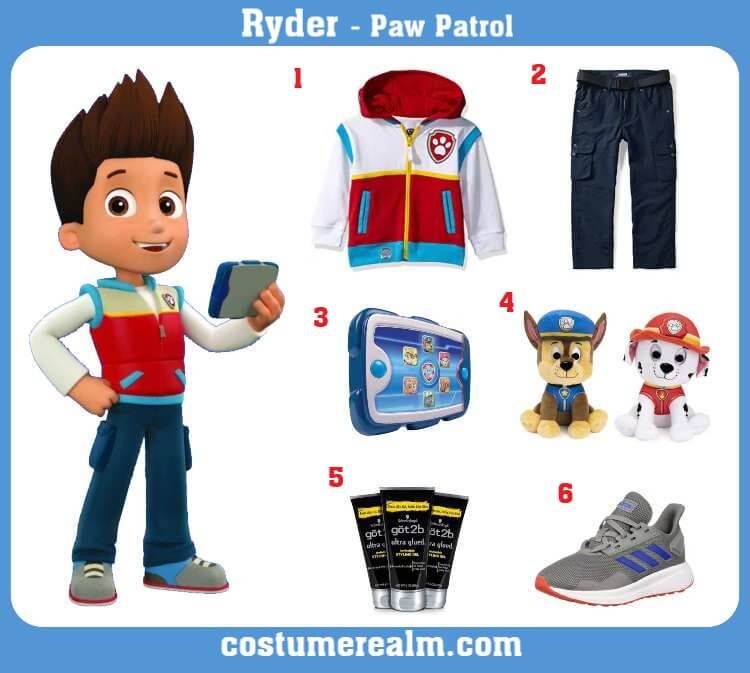 You need the following items for your Ryder Halloween costume: 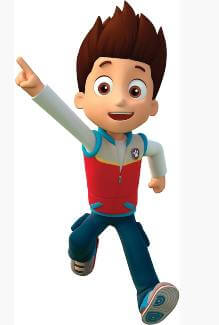 Ryder is a young, precocious, 10-year-old boy who is the leader of the PAW Patrol. In an emergency, he calls the pups and leads them on missions to help the residents of Adventure Bay.
Ryder is very intelligent and creative. He trained each of the pups for their own special job and invented all of the equipment used by the PAW Patrol team. He even taught each puppy how to use their own devices. During an emergency, Ryder knows the solutions to any problem, and he also knows which pups are needed in each mission. He is tech-savvy and built the pups' equipment and vehicles himself.

During the missions, Ryder is viewed as very calm and collected in all episodes. He is also very adult, patient, and the kind which earns him the trust and loyalty of all pups and this makes him a good leader of the PAW Patrol. He is kind and caring to his puppies. He's always ready to help someone for free, even if it's a villain like Mayor Humdinger. Despite his plans, he is quite sensible and lenient, also towards Mayor Humdinger.

Despite being mature, Ryder is still a kid and can be playful and childish, for example on his puppy pad. In his free time, he also plays with his puppies.