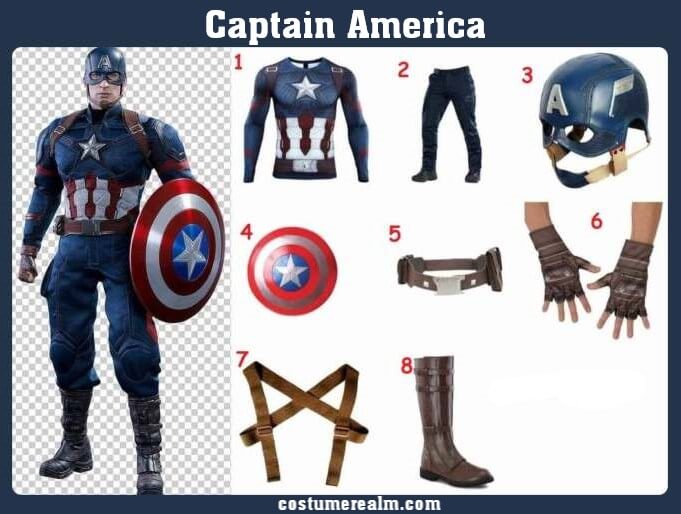 You need the following items for your Captain America Halloween costume: 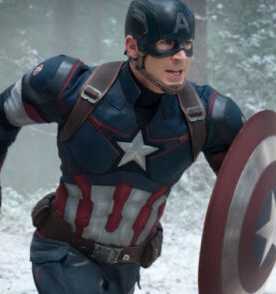 Captain America Shield: The vibranium composition allows the shield to absorb and reflect nearly all kinds of impacts, making it nearly indestructible. Almost no human weapon can even push it in as bullets usually ricochet off it. The shape of the shield makes it an excellent throwing weapon as it can cut through the air with minimal wind resistance. It can also ricochet off solid objects such as walls and floors if hit on its edge and can ricochet off multiple surfaces and is a formidable and devastating hand weapon. 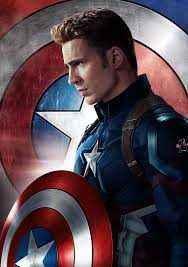 In Captain America: The First Avenger Steve always had an extremely brave, noble, and honest mind, who was intolerant of injustice and abuse of power, and at the same time extremely stubborn and astute. Having once been weak and small, he has learned for himself what true strength is and has vowed to protect vulnerable people at the peril of his own life. Even before his transformation, Steve is a predominantly self-sacrificing young man who is ready to literally throw himself on the path of a grenade to save his fellow man. Steve is a proud American patriot who retains his American flag military uniform even after leaving the USO. Although Steve was turned into a super soldier, he retained his original spirit and character and was often awkward and shy even in his new form.

Captain Steve Rogers is a World War II veteran, founding member of the Avengers, and the world's first superhero. Rogers had suffered from numerous health problems and was excluded after the entry of America into the Second World War despite several recruiting attempts from the service of the US Army. Rogers was the only recipient of the Super Soldier Serum developed by Abraham Erskine under the Strategic Scientific Reserve. Determined to serve, Rogers volunteered for the "Rebirth" project, which brought the frail Rogers body to the height of human physicality.