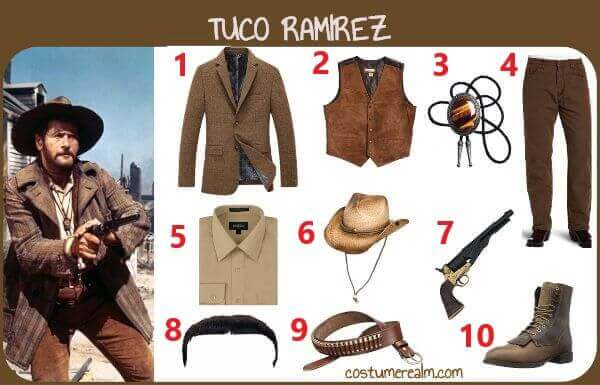 You need the following items for your Tuco Ramirez Halloween Costume: 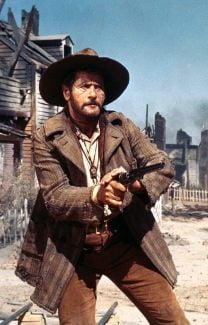 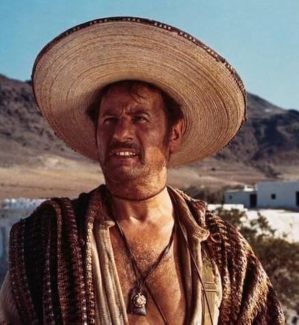 Tuco Benedicto Pacífico Juan María Ramírez or "The Ugly" is one of the secondary antagonists of the good, the bad and the ugly. He finds out the name of the cemetery where Bill Carson hid $ 200,000, but only Blondie knows the name on the grave. This forces Tuco not to work with Blondie. It is played by Eli Wallach.

When Tuco was about ten or twelve years old, his brother Pablo left his family to become a priest. Tuco stayed behind with his parents and soon became a bandit to make money. He eventually moved completely away from his family when he became notorious. At the time of The Good, The Bad and The Ugly, Tuco's mother was dead for years and his father died shortly before the film started. Pablo tells Tuco that his father asked him to be there when he died, although there was no way to tell Tuco about it.

When Tuco confronted his brother after their father's death, they discussed the differences in their life choices and eventually came to harm each other in the discussion. After that, Pablo asks for forgiveness, but his brother has already left.