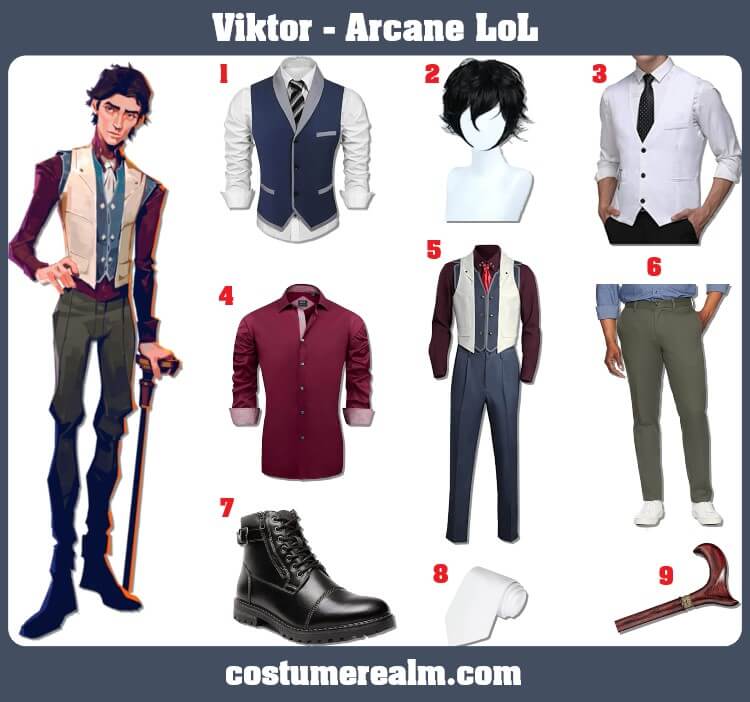 You need the following items for your Viktor Arcane LoL Halloween costume: 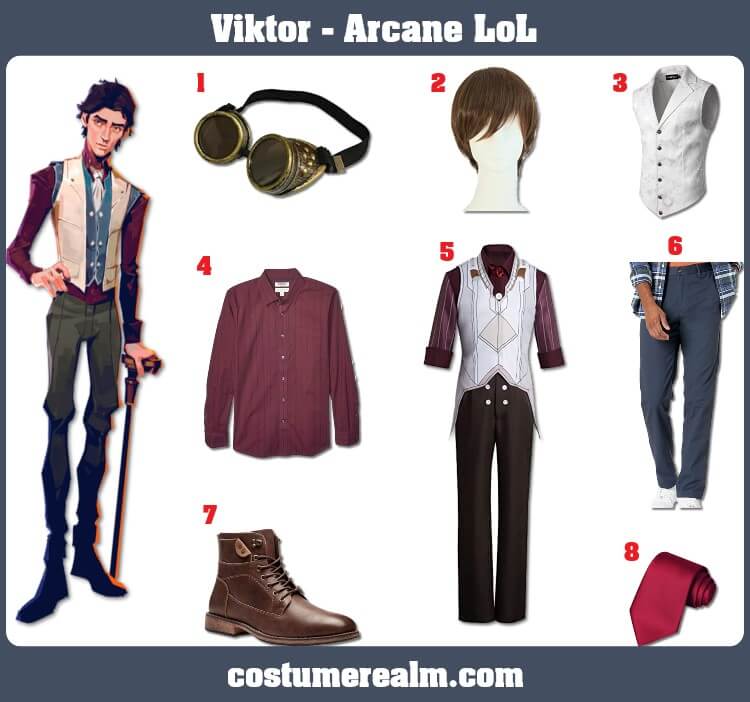 You need the following items for your Viktor Arcane LoL cosplay: 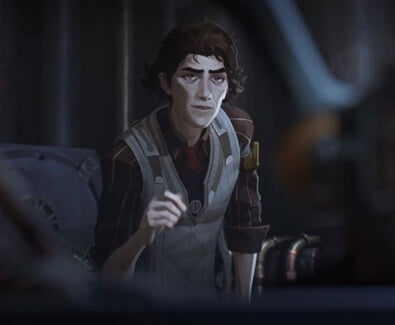 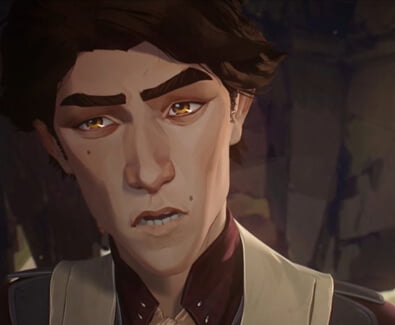 During his time as a non-augmented person, Viktor was a white skinned, amber eyed and brown haired human with a scrawny build. Since his birth he had a deformity preventing him to walk and run naturally, needing a walking stick to. During his time exposed to Zaunite pollution, it would greatly worsen his health conditions.

Since he started to dabble in self-augmenting Hextech experiments, Viktor would slowly start replacing his body parts. First magically altered by the powers of the Hex core with the aid of Shimmer he would eventually transition into mechanical augmentations, completely replacing most of his body parts.

Back in Arcane, we first meet Viktor, who is helping to investigate the hacking of Jayce's lab. The theft, of course, was committed by Powder, Violet, and their gangs. Viktor is a genius assistant to Heimerdinger, Dean of Piltover Academy, and also President of the Council.

Good-natured at first, Viktor is fascinated by the work Jayce is researching on Hextech and eventually helps Jayce make a big breakthrough. In this capacity, he challenges the Dean of the Academy at the end of the third chapter.

His intrigues and desire to pursue these things drive him to break the rules. This ultimately ties Arcane Viktor to the well-known champion of League of Legends.

In episodes four through 6 we see more of Viktor's background. He has now formed a close bond with former assistant Jayce, and the two seek to use hex tech to help the citizens of Piltover. With this effort, he creates the Hextech Core.

But when Jinx's attack on the city prompts the Council to use Hextech more aggressively, Viktor finds himself torn between his faith and his ambition. Additionally, Viktor discovers that Hextech is more than meets the eye, with the potential to learn and adapt. Driven to uncover the mysteries of Hextech and apparently betrayed by Jayce, Viktor literally bleeds for his job. While battling an unknown and deadly disease, he faints at work and bleeds to death in Hextech.

Ultimately, Viktor is unable to figure out how Hextech and biological matter interacts, and Heimerdinger threatens to destroy the Hextech core. With no other choice, Viktor turns to a man he met in his youth: Singed, a mad scientist rejected by Piltover.