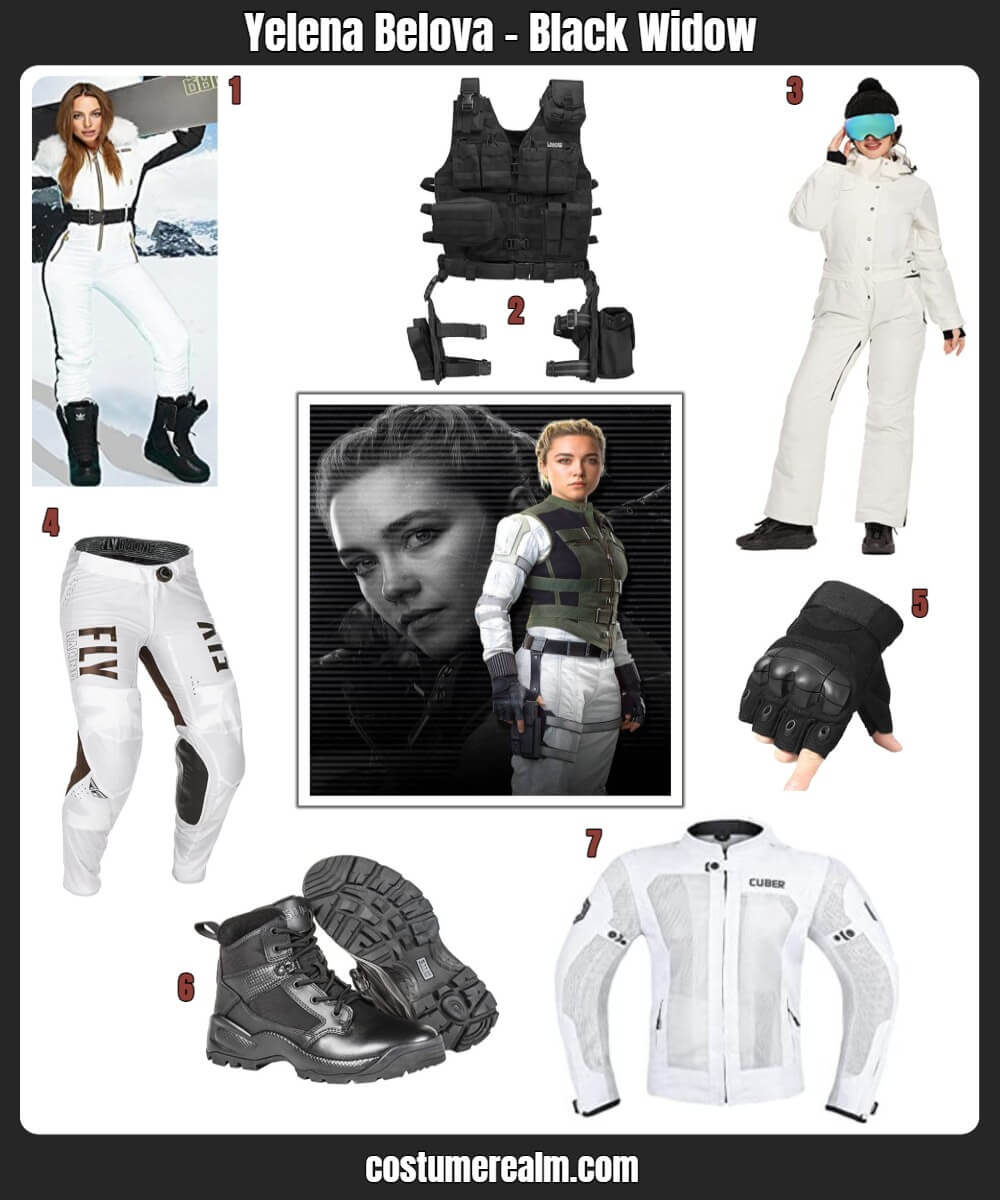 You need the following items for your Yelena Belova Halloween Costume:

You need the following items for your Yelena Belova Halloween Costume 2:

How To Dress Like Yelena Belova From Black Widow 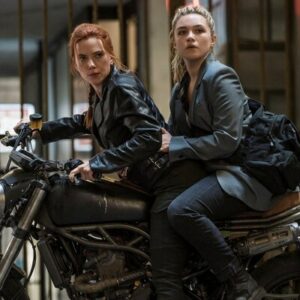 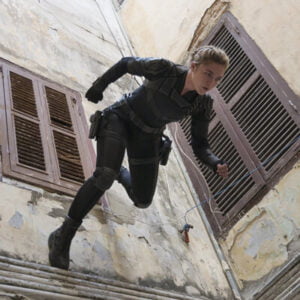 She sports several looks in Black Widow, but the most iconic is the white suit and green vest she wears during the film's climax. Black fingerless gloves, black boots, and a costume pistol complete the look, while a blonde wig can be styled into her round braid. However, of all the parts of this costume, the vest is the most significant.

Yelena Belova, who has spent most of her life in the Red Room, is a cynical individual with a very sarcastic, dry sense of humor and a slightly warped moral compass who had no problem holding a civilian at gunpoint and his car theft to avoid pursuers, much to Natasha Romanoff's chagrin.

Despite this, Belova has a strong sense of right and wrong and has no problem helping Natasha destroy the Red Room and free the Black Widows from being held against their will. She openly tells them how betrayed she felt when none of them came back for her.

Despite this, Belova still cared for and loved her, confessed to Melina Vostokoff that she will always be her mother to her, and told Alexei Shostakoff that as a child he meant everything to her. She first appeared in Inhuman and was created by Devin Grayson.