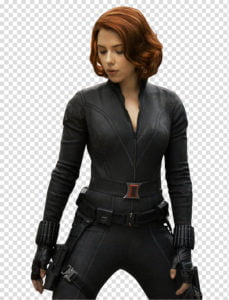 Natalia Alianovna "Natasha" Romanoff, aka Black Widow, was one of the best spies and assassins around the world and a founding member of the Avengers. Originally, Romanoff was an operational and dangerous KGB assassin and was described in S.H.I.E.L.D. by Clint Barton. Black Widow mastered martial arts very well and was armed with her widow engraving. She became one of the most efficient agents of S.H.I.E.L.D. During a mission, she was secretly sent to Stark Industries to watch Tony Stark, fearing dying. During this mission, Romanoff helped Stark defeat Ivan Vanko's terrorist attacks on him. 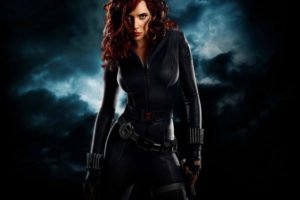 When Loki declared war on Earth, Black Widow was recruited into the Avengers after Hawkeye had just been inspired by Loki. Romanoff helped gain Stark and Bruce Banner for the team as he tried to capture Loki and eventually rescue Barton from his grip. After Loki's entire plan was revealed, Romanoff joined the team during the Battle of New York and was instrumental in destroying the city portal created by Tesseract, effectively ending the entire invasion, defeating Loki, and capturing him.

After the Avengers successfully defeated Loki, Romanoff worked with S.H.I.E.L.D. This time with Captain America. During the collaboration, Romanoff and Rogers discovered a conspiracy following an assassination attempt on Nick Fury, when they finally discovered that HYDRA had somehow invaded their entire organization. Despite the Winter soldier's efforts to stop them, Romanoff helped expose Alexander Pierce's evil plans to the world, which also revealed their entire morally dubious story. As a result, Romanoff had to give up the grid and began to rebuild their cover.