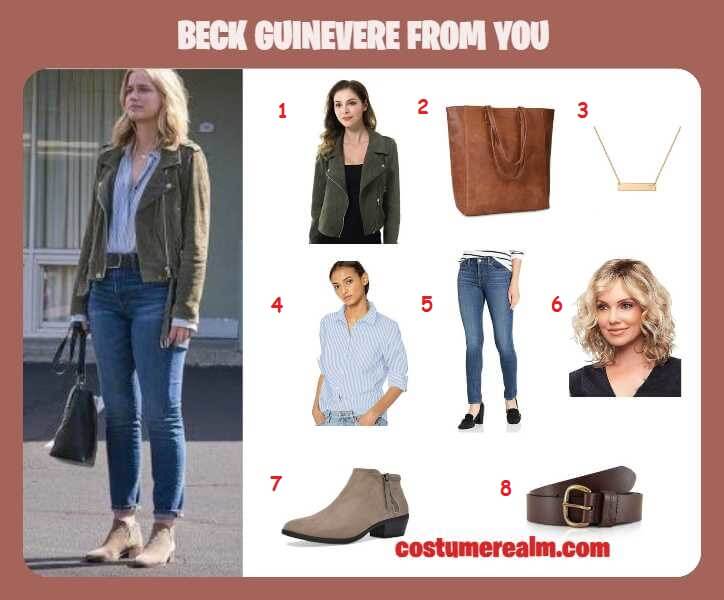 You need the following items to dress like Guinevere Beck: 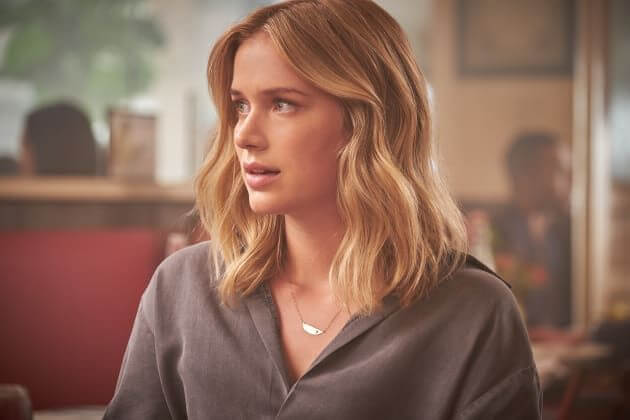 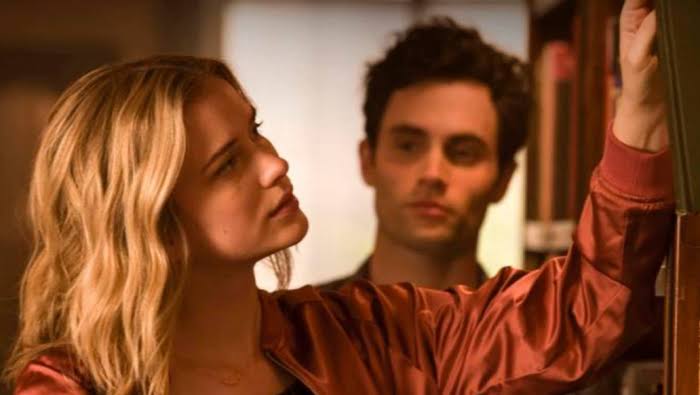 Beck is a friendly and intelligent up-and-coming writer who meets Joe in the bookstore where he works and finds common ground with him as a co-book lover. He is immediately pinned to them and starts chasing them, eventually building a relationship between them. She has a problem with a guy named Benji whom she has feelings for and is briefly upset when he disappears from her life without knowing that Joe has taken the liberty of completely eliminating him.

Guinevere Beck was a main character in the first season of You. It was portrayed by Elizabeth Lail.
Beck was born on December 3rd. She was born and grew up on Nantucket Island.

Her father was addicted and she saw many unpleasant times as a child through his addiction. Including his overdose with a needle in his arm when she was 12 years old. Her parents divorced afterwards and her father left her family. She told everyone that he died the day she found him. She went to Brown, where she studied literature. Then she went to New York to do her Masters in Fine Arts.

Joe is obsessed with her and her unknown, follows her to get to know her everyday life, and also kills her ex-fuck friend Benji and her best friend Peach. He soon becomes her boyfriend and they both had many problems in their relationship. Beck's life ended up finding out that Joe was obsessed with her and that she was eventually killed herself. Although her death was not shown on the screen, Just the Tip implied that Joe strangled her to death (due to the bruises around her neck). After her death, Joe temporarily begins to hallucinate her.