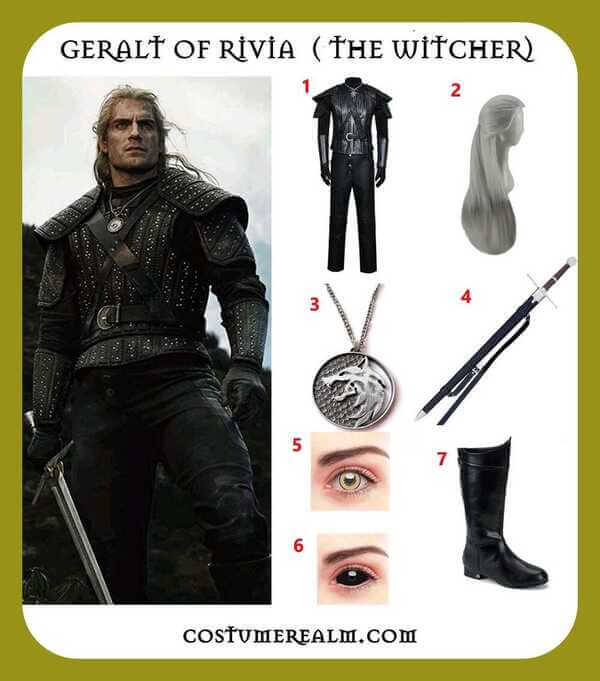 You need the following items for your Geralt from The Witcher Halloween costume:

From The UK? Get the items directly on Amazon UK 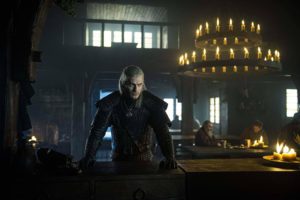 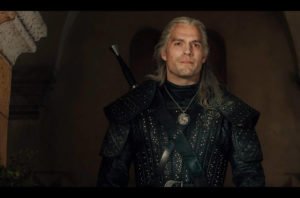 Geralt of Rivia is a witcher who is connected to Ciri by the Law of Surprise. While Geralt is initially unwilling to accept his fate, he has to finally accept his fate. Despite their turbulent relationship, he also loves the sorceress Yennefer of Vengerberg.

Geralt of Rivia, a well-known witcher, goes to Blaviken to find an Alderman after killing a Kikimora in the nearby swamp. There he meets a woman named Renfri in a tavern. She greets him with beer rather than with hateful looks. Finally, he meets Marilka, the city council's daughter, and she refers him to a sorcerer named Stregobor, who took the name Master Irion from the long-deceased creator of the tower in which he lived. He lured Geralt into town to order him to murder Renfri. Stregobor explains why he wanted to kill Renfri.

The Curse of the Black Sun, a solar eclipse that marked the imminent return of Lilit - the demon goddess of the night - whose sole purpose was to exterminate humanity. Lilit's way was to be prepared by 60 women with golden crowns who would fill the river valleys with blood.

Stregobor examined the girls born around the Black Sun and found inner mutations among them. He tried to heal her and locked her in towers to protect her, but every girl died. He believes their elimination was the lesser evil. Renfri, princess of Creyden and daughter of Fredefalk, is after Stregobor. He personally delivered Renfri under the black sun in the middle of the afternoon and knows for sure that she is the bearer of evil. For fear of Lilit's return, Stregobor sent someone to follow Renfri into the forest. They later found him trapped in the brush with Renfri's rasp in his ear. It disappeared shortly afterwards and would only reappear in two more years.

Stregobor would stop her herself, except that she is resistant to magic due to her mutation. She pursued Stregobor for years and planned her revenge. Now she has followed him to Blaviken. Despite Stregobor's offer, Geralt only kills monsters.

Renfri, the woman from the tavern, finds Geralt outside of Blaviken and wants to know where to find Stregobor so that she can kill him for the injustices she has suffered. She is accused of having raped and robbed Stregobor's husband before letting her go. Geralt, however, insists that if Renfri killed Stregobor, she would only confirm Stregobor's claims that she was a monster. Geralt advises Renfri to leave Blaviken and Stregobor behind.