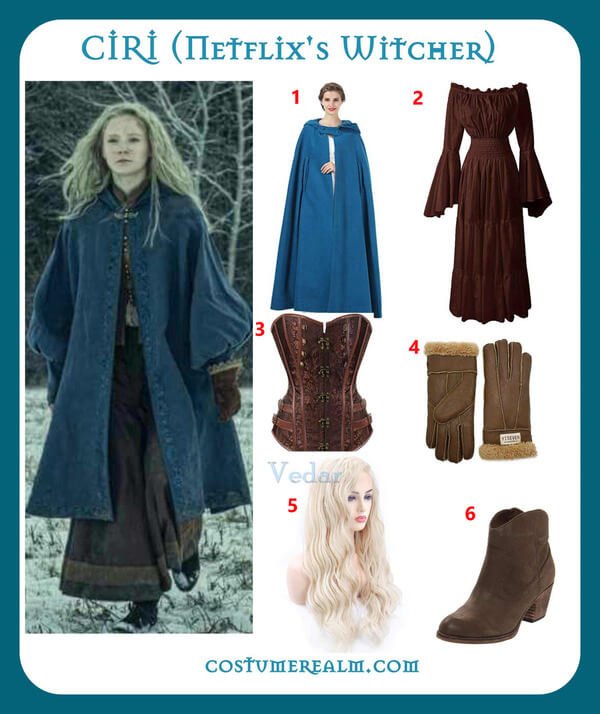 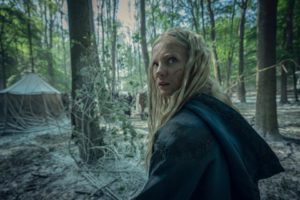 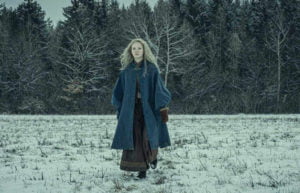 Cirilla Fiona Elen Riannon, mostly known only as Ciri (portrayed by Freya Allan), is the only princess of Cintra, the daughter of Pavetta and Duny, and the granddaughter of Queen Calanthe.

After Geralt of Rivia helped  lift Duny's curse, Duny asked what reward the witcher wanted, and Geralt announced the law of surprise when it turned out that Pavetta was pregnant with Ciri.

Princess Ciri is playing a brass knuckle game in the streets of Cintra when Sir Lazlo arrives to take her back to the castle, where she attends a knight induction ceremony led by her grandmother and grandfather, Queen Calanthe and King Eist. Then she takes part in a party where Queen Calanthe, King Eist, and her druid Mousesack talk about the intrusion of Nilfgaard. If they fall, Ciri will rise to the throne. She then reluctantly accepts Martin's invitation to dance.

Princess Ciri is locked in her room with Mousesack and Sir Lazlo, while the King and Queen lead an army to fight Nilfgaard invaders. Mousesack tells Ciri how magicians locked little girls in towers because the girls reportedly announced the end of humanity and were thus systematically killed. She asks Mousesack if her grandmother is fine. He evades and replies that she, Ciri, will be fine.

After a few days in battle, Ciri's grandmother returns, but without the ice that died during the battle. The queen is wounded and Cintra is attacked. Calanthe assures Ciri that one day she will rule Cintra. When the Nilfgaarden reach the gate, Mousesack creates a magical barrier around the citadel.

When night falls, the Nilfgaardens break through the castle gates. Given the defeat, Queen Calanthe orders the entire castle to commit suicide through poison to save them from fate, torture and murder. The queen will stay behind and send Ciri with Sir Lazlo and Mousesack and tell her to find Geralt from Rivia since he is her fate. On the way out, Ciri screams and causes a magical pulse.

Ciri escapes from the castle through an underground tunnel with a mousesack and Sir Lazlo. Mousesack stays behind to ward off the invading Nilfgaardians. When Ciri and Lazlo attempt to flee the city on horseback, Lazah is killed by Cahir with an arrow that pulls Ciri from the horse to the ground. Ciri watches Cintra burn from Cahir's horse. She screams and gives off an even stronger pulse that scares the horse and knocks both of them onto the ground. Ciri screams several times and releases energy waves that are so strong that a stone monolith collapses and creates a gap in the ground itself, which allows Ciri to escape