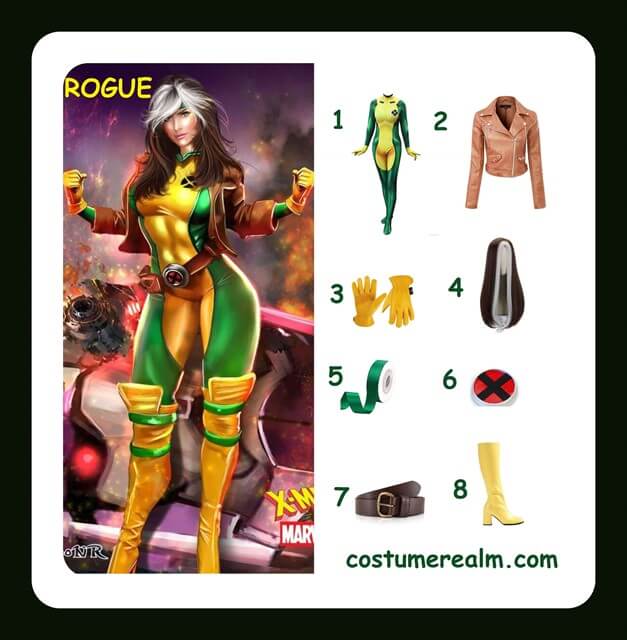 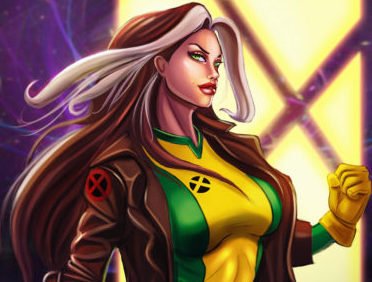 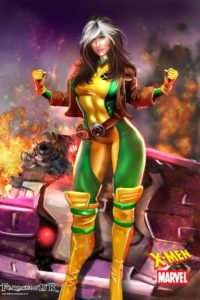 Anna Marie's mutated power manifested itself in a way that prevented her from touching another person without absorbing their nature, personality and, in some cases, their powers.
Fearing to hurt her loved ones, she ran away and eventually joined the brotherhood of evil mutants. At her command, Rogue attacked Carol Danvers and permanently absorbed her powers of hard skin, superhuman strength and escape. With these forces they attacked the Avengers and X-Men.

Rogue was unable to control Carol's mental personality. She fled from the Brotherhood to the X-Men and joined them where she fought for the peaceful coexistence of mutants and people most of her life.

Rogue first appeared in Avengers Annual (November 1981). She has the mutated ability to absorb another person's psyche and skills through skin contact. For almost 20 years in the comics, Rogue had no birth name and was simply known as Rogue until her first name Anne Marie indulged in 2004.

Rogue has participated in four animated X-Men shows: X-Men: The animated series, X-Men: Evolution, Wolverine and the X-Men and Marvel anime X-Men. She was one of the main characters with the exception of Marvel Anime X-Men, where she had a short cameo performance in the last episode.

Rogue is portrayed by Anna Paquin in the X-Men movie verse.