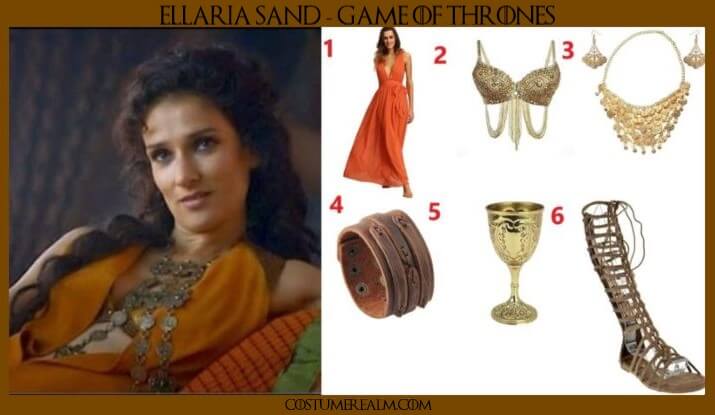 You need the following items for your Ellaria Sand Halloween costume: 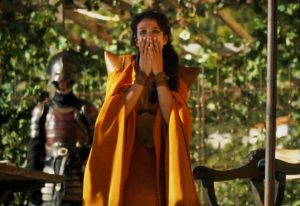 "Oberyn wanted vengeance for Elia. Now the three of you want vengeance for him. I have four daughters, I remind you. Your sisters. My Elia is fourteen, almost a woman. Obella is twelve, on the brink of maidenhood. They worship you, as Dorea and Loreza worship them. If you should die, must El and Obella seek vengeance for you, then Dorea and Loree for them? Is that how it goes, round and round forever? I ask again, where does it end? I saw your father die. Here is his killer. Can I take a skull to bed with me, to give me comfort in the night? Will it make me laugh, write me songs, care for me when I am old and sick?"

Ellaria Sand is a Dornish bastard, but since the Dornish people have different views and customs towards illegitimate children, she is not discriminated against because she is a bastard. In Westeros except barbs bastards are often discriminated. Dorne is one of the most open-minded places in Westeros, but even the royal Dorne family is not allowed to marry a bastard. That is why Oberyn and her relatives are not married, though they are well known in Dorne and Westeros. She is the mother of the youngest four sand snakes (Oberyn's Bastard daughters). Like Oberyn, she is bisexual.

In the novels Ellaria Sand is mainly a background figure. It is not a standpoint character; Rather, their actions are observed and interpreted through the eyes of others such as Tyrion Lannister, Arianne Martell and Areo Hotah.