Maxine Mayfield is the main protagonist introduced in the second season of Stranger Things. Her character is portrayed by Sadie Sink.

Max is a tomboy, who has many interests that some wouldn’t consider “conventional” for a girl during the time period. She greatly enjoys skateboarding and is skilled at arcade games, being proficient enough to achieve the top scores. She also displays a slight interest in horror films, having dressed as Michael Myers for Halloween. Max has some driving experience and was able to drive her brother's car fairly well. 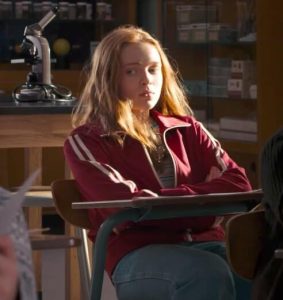 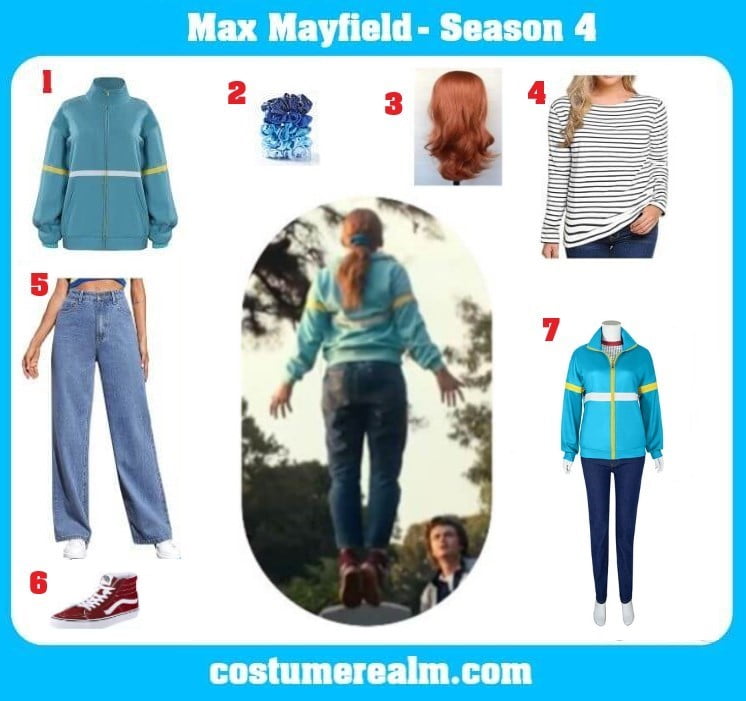 You need the following items for your Max Mayfield's floating costume:

One of the major surprises in the season 4 is about Max. As the image above shows, Max appears to be floating over Dustin, Lucas, and Steve at one point in Stranger Things 4. 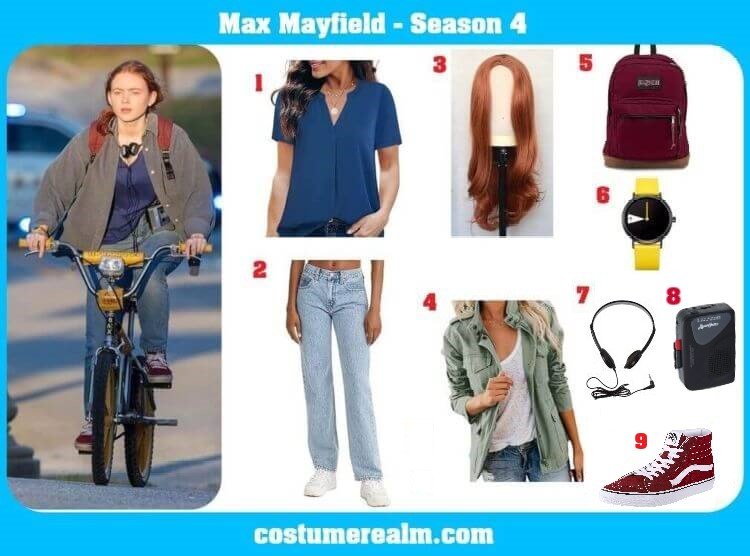 You need the following items for your Halloween Max Mayfield Season 4 Costume: 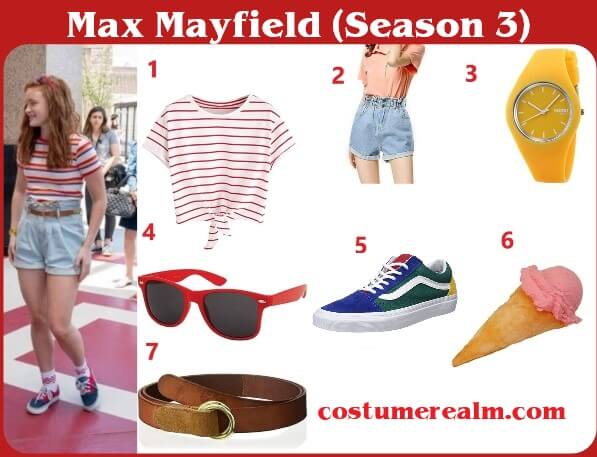 You need the following items for your Max Mayfield Season 3 Costume:

From The UK? Click Here for The UK Links

Season 3 is the time when Max became a trendsetter among her friends (pretty much just Eleven). She wears colorful outfits and is the fashion consultant of Eleven.

You need the following items for your Max Mayfield Season 2 costume:

In season 2, Max is a real Tomboy.  She dresses up like a boy, talks like a boy and does activities which were associated with boys in the 1980s.

How To Dress Like Max Mayfield From Stranger Things 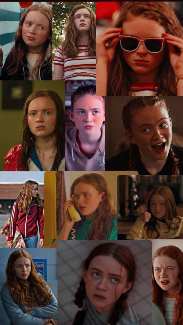 Max Mayfield's Fashion Style: From tomboy to trendsetter to a beautiful teenage girl, Max's style has changed through the 3 seasons she has been in Stranger Things. Max has lots of fans, and this is not without a reason. Even though she started as a minor character in Stranger Things, she grew her popularity quickly and is now one of the main characters of the show.

You have lots of choices if you like dressing up like Max, and we got you covered.

“It's just, I know I can be a jerk like him sometimes, and I do not want to be like him. Ever”

Due to the move to Hawkins and her brother's abusive treatment, she was initially anti-social and cautious towards other people and often proved to be extremely bitter and altogether distant. Her suspicious demeanor made her skeptical, and she typically found it hard to believe the strange events in her new city.

Nevertheless, she was ready to help as soon as she accepted the gravity of the situation. While initially rejecting Lucas and Dustin's attempts to befriend her, she was eager to become a member of the party and to endure her harsh treatment in order to be involved. When she was eventually inducted into the party, she was immensely loyal to her new friends, identified herself as "Zoomer" as her role in the group, and went so far as to defy Billy to protect her.