Originally born a slave in Essos centuries ago, Melisandre is a Red Priestess of the Lord of Light, a deity that is not widely worshiped in Westeros. Hailing from Asshai, a country located in the far east of the continent of Essos, she claims to wield powerful magical abilities, particularly the power of prophecy. Melisandre wears a large ruby necklace that seems to glow whenever she performs her magic. This same necklace also hides her ageing, presumably prolonging her life in the process.

Melisandre reminds Arya of her destiny. 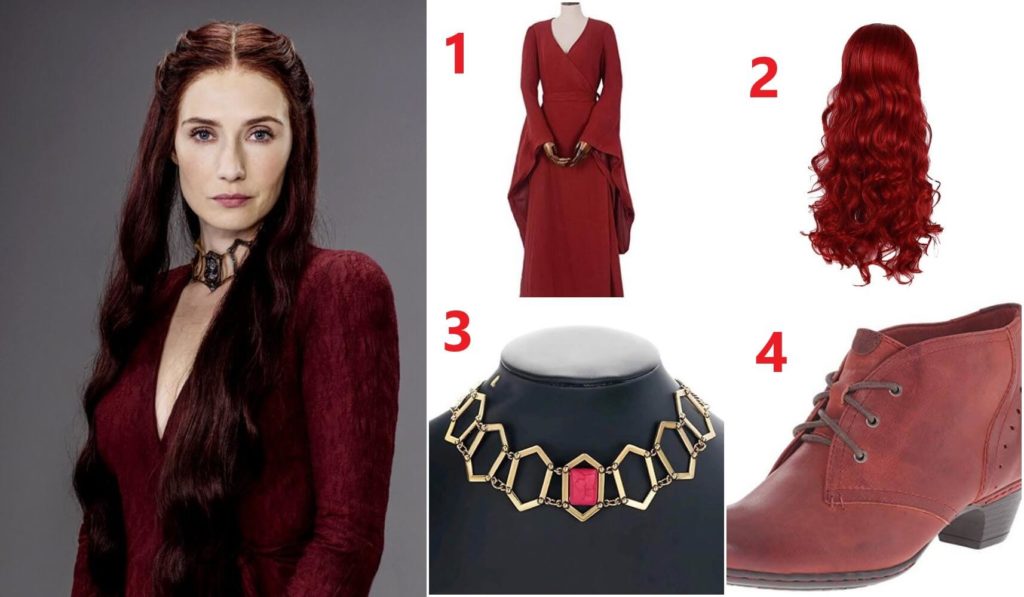 You need the following items for your Melisandre Halloween costume

"We all must choose. Man or woman, young or old, lord or peasant, our choices are the same. We choose light or we choose darkness."

—Melisandre before the execution of "Mance Rayder"

Melisandre's powers are much stronger at the Wall, and she constantly searches her fires for visions. When she looks into the flames, she sees a “wooden face, corpse white” with a thousand red eyes, accompanied by a boy with a wolf's face. She assumes that they are servants of the Great Other. She asks to see Azor Ahai, hoping for Stannis, but sees only Jon surrounded by skulls, his face changing between that of a man and that of a wolf.

She continues to hold her nightfires every evening, but as Stannis has taken most of his men with him, not many people attend. Shortly after Jon receives a letter announcing the upcoming wedding of Ramsay Bolton and Arya Stark, Melisandre informs him that she has seen Arya in her flames, a grey girl, fleeing from her marriage on a dying horse. 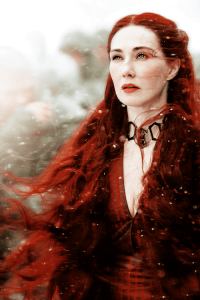 How To Dress Like Melisandre From Game Of Thrones