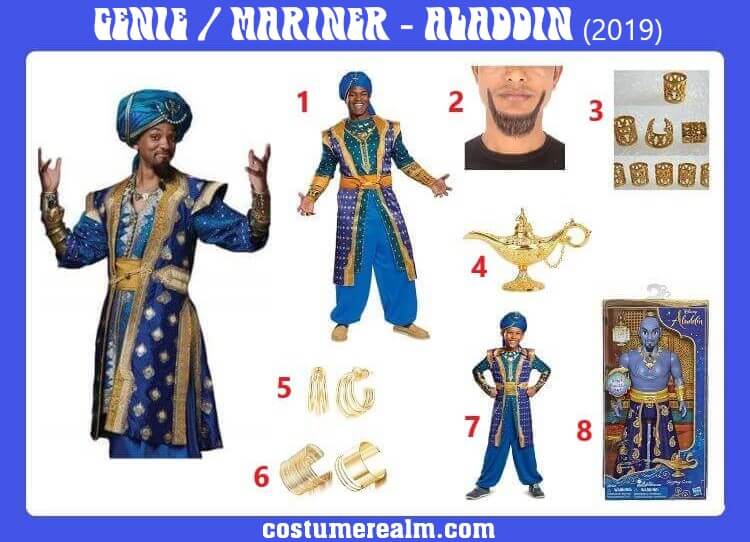 You need the following items for you Will Smith Genie Costume: 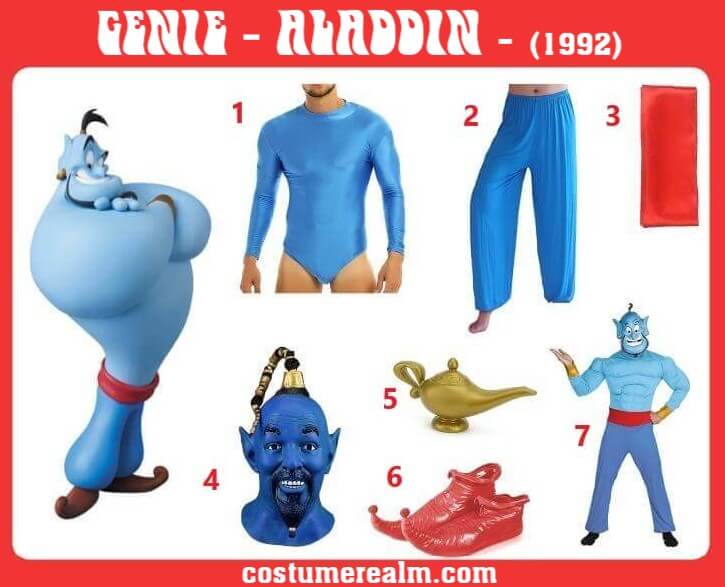 You need the following items for your Genie Halloween costume. 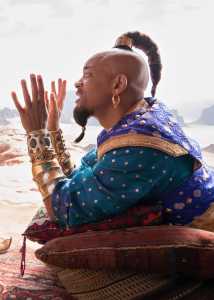 Genie Costume: In order to dress like the genie you can either buy his ready to wear costume or DIY it by buying each item separately.

Genie Accessories: Genie wears lots of golden accessories in the 2019 movie, however in the original cartoon the Genie has no accessories except his red sash.

Aladdin Magic Lamp: No Genie cosplay is complete without a magic lamp. you can either buy a simple magic lamp or a detailed one depending on how series you are about your cosplay. 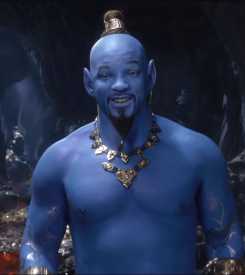 Genie is one of the main characters of the Aladdin series. He is a genie of the magical lamp and Aladdin's friend. It's never revealed whether he has a real name or not. As a genie of the lamp, he must grant three wishes to the holder of the lamp. He is granted "phenomenal cosmic powers", but is confined to the "itty-bitty lebensraum ." Not much is understood about him, but he was trapped within the lamp for 10,000 years.

Genius has been seen in a variety of forms, including some notable imitations. His normal appearance, however, is a blue man with tons of chest, three fingers and black hair tied in a ponytail, and a beard with a swirl that protrudes from his chin. For most of the main film, Genie is seen mostly as smoke along with its lower half, but after being freed by Aladdin, Genie is seen more on two legs. Genie usually wears a red sash around his waist, a gold earring that can be seen in the film on the right ear, and a pair of gold bracelets that peel off after being given his freedom (in the following film, Genie wears the bracelets again) and wears baggy pants with brown, curly, pointed shoes.