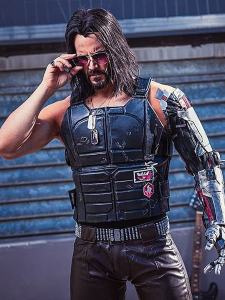 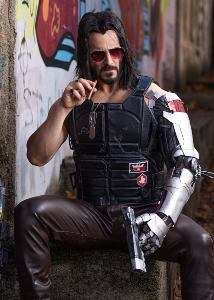 Johnny Silverhand is a central figure in the entire cyberpunk series as well as an influential rock boy and the singer of the band Samurai. It was announced that Johnny will be played by Keanu Reeves in the upcoming Cyberpunk 2077.

During the E3 2018 trailer, several graffiti pieces can be seen, which are named after "Wheres Johnny?". During the unveiling of the E3 gameplay, V can be heard hearing Johnny's song Chippin 'In and wearing a samurai jacket.

The Microsoft E3 2019 conference announced that Keanu Reeves is playing Silverhand. He shows up at the end of the 2019 film trailer and helps V after they died in a landfill.

About Johnny Silverhand From Cyberpunk 2077

Silverhand acts as the city guide of V and will be with him most of the game. During the game, the player is struck by Silverhand's "digital spirit", indicating that he is physically dead. The full extent of Silverhand's involvement in the character is not fully known, but he does comment on player actions through voice-over and occasionally appears as a hologram in the game. Finding out the secret of Johnny Silverhand's digital mind is a big part of the main story.