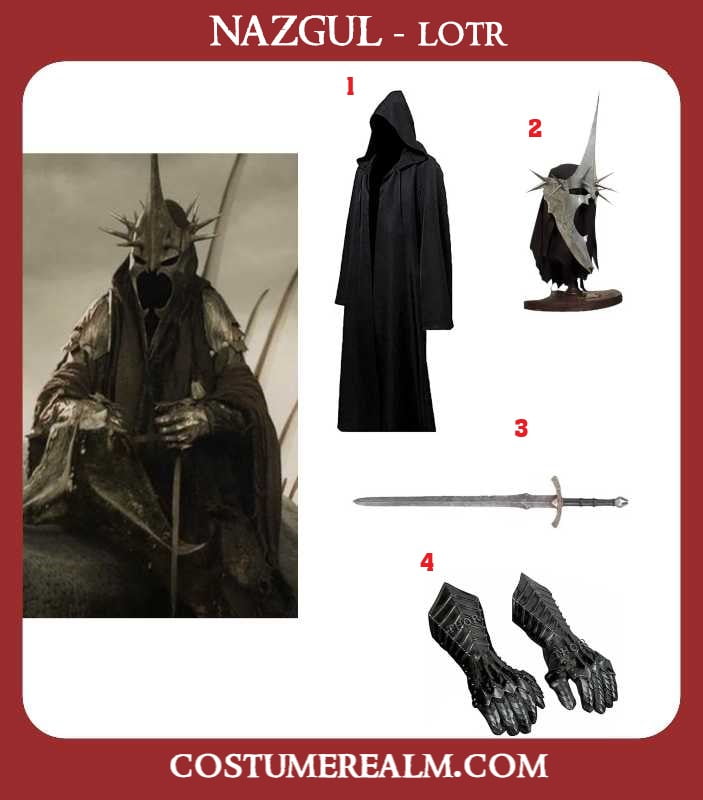 You need the following items for your Nazgul Halloween costume:

Nazgul, aka Ringwraiths, aka Úlairi, aka Black Riders aka The Nine were the servants of Sauron. For mortals, the Nazgûl appeared as shadowy men, disguised in black hoods and coverings reaching up to their feet. Without their cloaks, they were formless and unseeable to all but the owner of the One Ring.

Cosplay Nazgul by dressing up in a black robe, a Nazgul helmet, his swords, and his gloves.

Even though the Nazgul are the enemies of all races of Middle Earth, a LOTR group cosplay is always a good idea, whichever character you choose to cosplay. Get some friends or family members together to cosplay along Nazgul as Arwen, Gimli, Aragorn, Legolas, Bilbo, Gandalf, Frodo, Galadriel and Gollum. 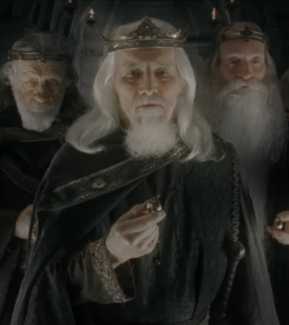 Nazgul Costume:  For your Nazgul from LOTR Halloween costume, head to a costume shop for a black robe. You can find the Nazgul helmet, the Nazgul sword and the Nazgul gloves online.

For mortals, the Nazgûl appeared as shadowy men, hidden in black hoods and coverings, reaching up to their boots. Without their coverings, they were formless and unseeable to all but the owner of the One Ring. When the Witch-King took off his hood, his crown was visible, although his head was invisible, and a red fire shone between the crown and his shoulders. The deadly gleam of his eyes could also be seen during the Battle of the Fields of Pelennor.

When Frodo put the Ring on Weathertop, he could clearly see the forms of the Nazgûl. They were tall and robed in gray under their black cloaks. Their hair was gray and they wore silver helms, although the Witch king wore a crown. His eyes were cruel and piercing.