This costume is requested by our user "Sergio Marquina", you can request a costume here. 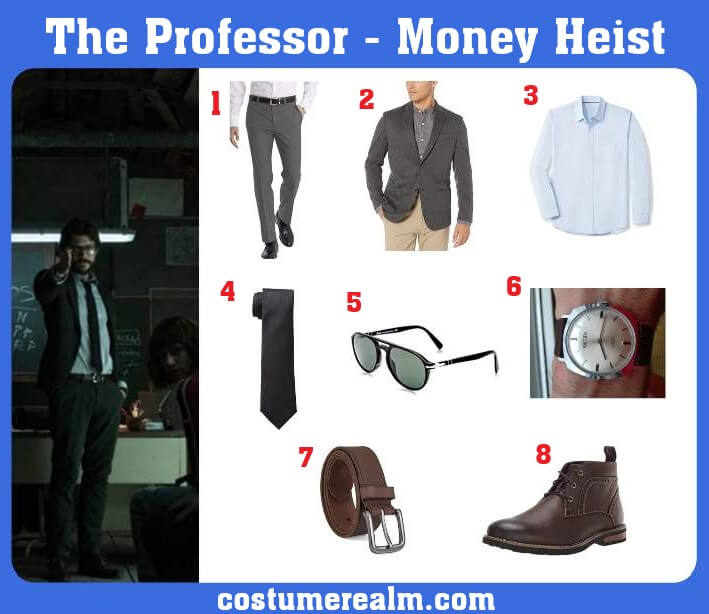 You need the following items for your Professor from La Casa Da Papel/ Money Heist outfit: 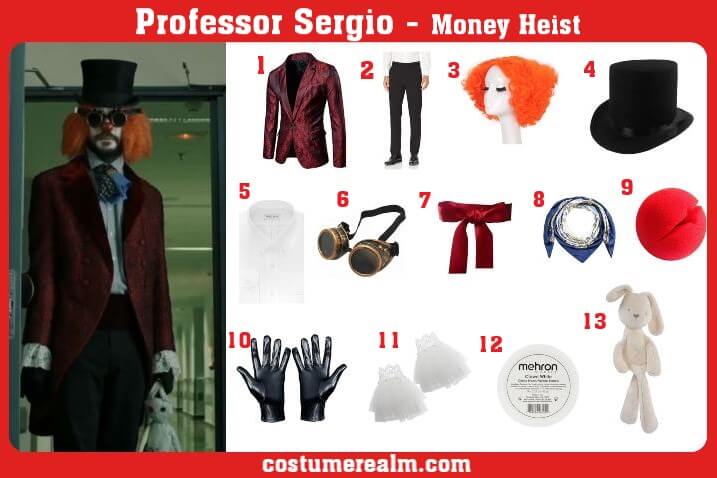 You need the following items for your Professor Sergio Clown costume: 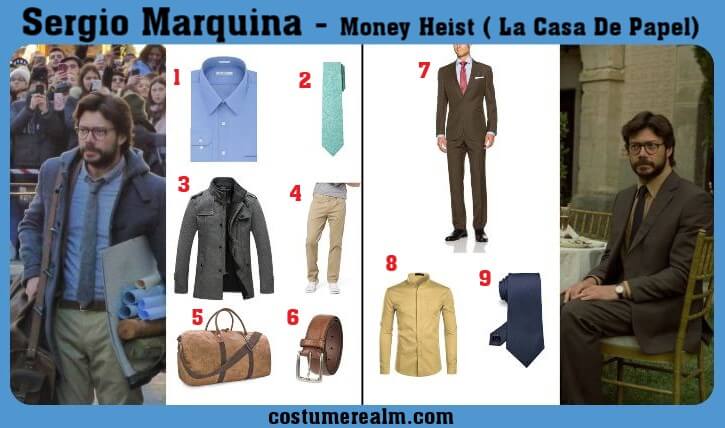 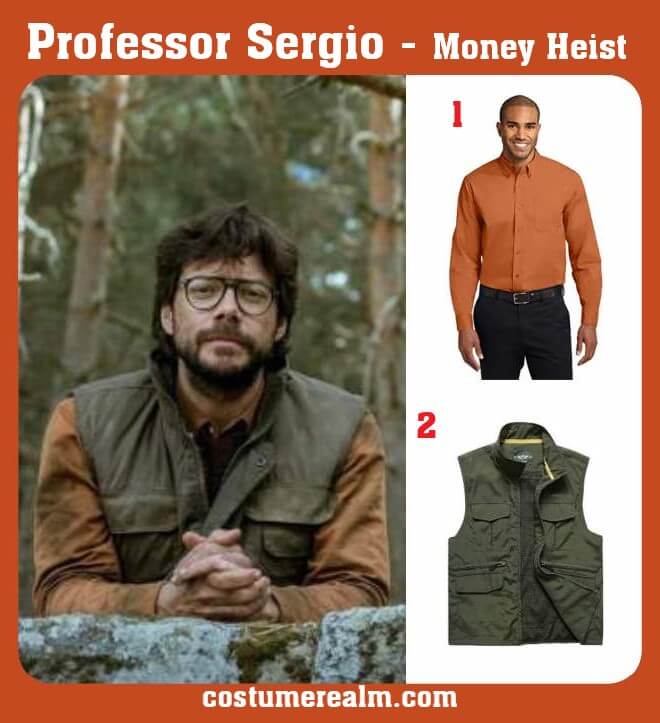 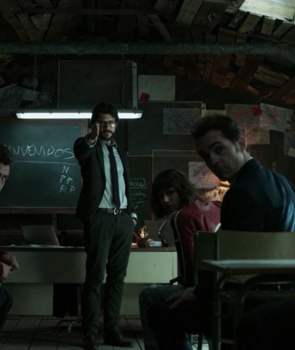 Professor Sergio Suit: Sergio is the brain of the team, and just like all other "brains" of the teams, he prefers wearing suits. However, his choice of suits is a bit different from others. He prefers a bit sportive suits. You can get modern-fit dress pants and sport jacket.

Professor Sergio Watch: Sergio wears a vintage "Forsam" brand watch. It is not possible to get a brand new one anymore, however you can find a used one on Ebay. 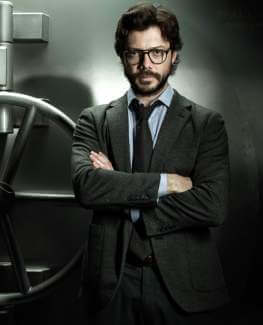 Sergio is a man with a mustache and a beard in very good physical shape. His hair is long and black, and he cuts it a bit shorter in season 3.

His gait shows that he is a little confused as he doesn't swing his arms while walking.

He is rarely seen without a suit, coat and tie, but has also put on various disguises to avoid detection by the police, e.g. a homeless drug addict and a clown.

Sergio is very intelligent and meticulous. He seems very determined to carry out the biggest money heist in history after planning to do so for several years. Once he has recruited his dream team, he has everyone religiously adhere to a strict schedule that contains basic rules for preparing and carrying out the raid. His perfectionist attitude is evident in his careful consideration and planning of all possible scenarios that might arise during the raid. This forward-looking approach helps him in his pursuit of perfection by asking the team to stick to the plan in every situation.

The professor appears to have exceptional knowledge of negotiation tactics, police strategy, guns, law enforcement, hostage taking, forgery, theft, and bank robberies. He was able to control the entire heist behind the scenes, playing with the police and constantly getting them to do exactly what he wanted them to do. He also shows a deep understanding of human psychology. Many of his plans depend heavily on the reactions he predicts from the police, government and the public. This enables him to play a tense one-upmanship game with Inspector Raquel Murillo in which, despite overwhelming odds, he repeatedly manages to shift the status quo in favor of his team during the raid.

His calm demeanor complements his innate leadership skills, which enable him to resolve team conflicts without a fuss. In addition, the team members have great confidence in his plans and decision-making ability. This is evident when the team adheres to the protocol of waiting 24 hours for his call before activating the "Chernobyl Plan", despite clear television evidence that he is in custody a few hours before the deadline. They do this because they have great respect for his intellect and believe that he will do everything in his power to save the team from any crisis.