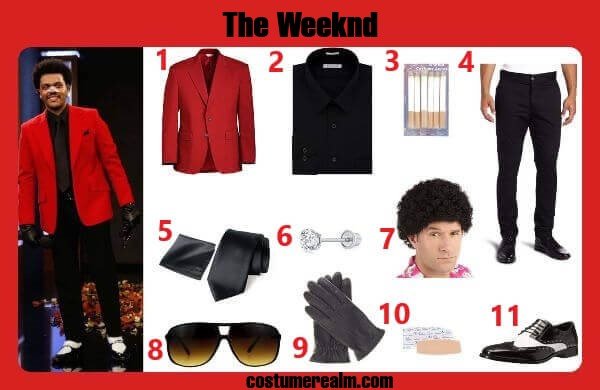 You need the following items for your Weeknd Halloween costume: 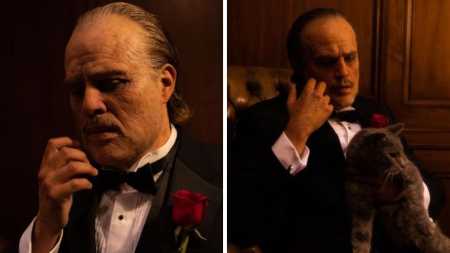 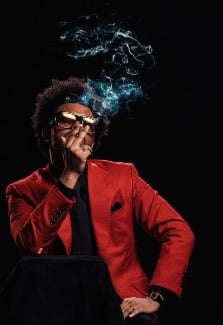 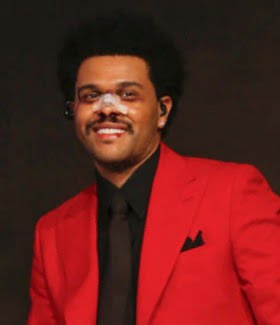 Abel Makkonen Tesfaye, professionally known by his stage name The Weeknd, is a Canadian singer, songwriter and record producer. At the end of 2010, Tesfaye anonymously uploaded several songs to YouTube under the name "The Weeknd". In 2011 he released three mixtapes with nine tracks: House of Balloons, Thursday and Echoes of Silence, which were critically acclaimed. The following year, he released a compilation album Trilogy, 30 tracks, consisting of remastered versions of the mixtape material and three other songs. It was released under Republic Records and its own label XO.

The Weeknd was praised by many musicians. Experienced artist Babyface, who spoke positively about The Weeknd, said: "I love The Weeknd and I love how, whoever he is working with, use R&B pieces with other things that feel really great. [...] It is promising that I have the feeling that there are other strangers coming in and becoming musicians again and I think more than anything else that I miss is that the musicians are part of the process " , Drake, Halsey, Nick Jonas and Tove Lo cited him as a musical influence.