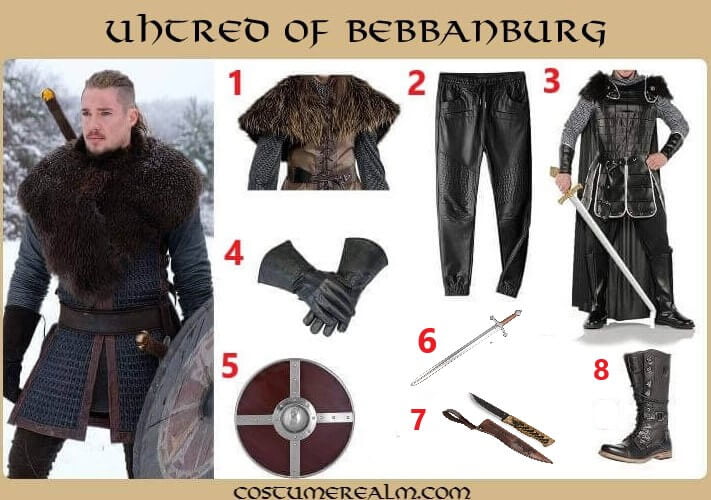 You need the following items for your Uthred Halloween Costume:

How To Dress Like Uhtred From The Last Kingdom 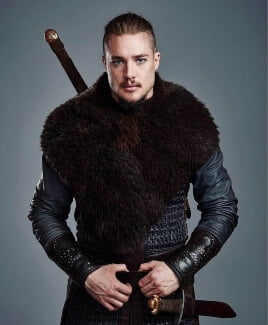 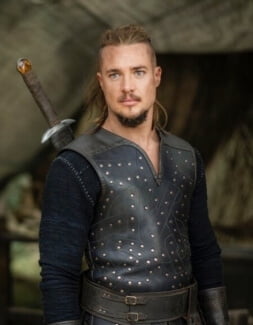 Uhtred of Bebbanburg or Uhtred Ragnarsson is the protagonist both in the novel series The Saxon Stories and in the television series The Last Kingdom. As the series progressed, Uhtred, a pagan, became increasingly complex in his loyalty and general behavior. Uhtred is based in part on the historic Uchtred the Bold, which flourished at the beginning of the 11th century.

In his youth Uhtred is described as a restless child who opposes his education and plays with armor and harp. After his capture by the Danes, his restlessness becomes a warrior's savagery.

Next to him to avenge the elder Ragnar's death while retaking Dunholm Fortress. Uhtred uses the name of his foster brother several times to hide his true identity from the enemy he interacts with, for example when he goes ashore and regains Lundene in Sword Song. Exceeding all other priorities is his determination to oust his usurper uncle and to take his rightful place as Lord of Bebbanburg.

Uhtred doesn't like breaking oaths, so he hesitates to take one off, and his arrogance, though rightly earned by killing fearsome Danish warlords, gives some people the wrong impression of Uhtred.

About Uhtred From The Last Kingdom

Uhtred was born and raised to Ealdorman Uhtred, Lord of Bebbanburg, to hate the surrounding kingdoms of Mercia, East Anglia, Wessex, Scotland and the Danes. Uhtred was originally called Osbert and was the younger son of Ealdorman Uhtred. The name Uhtred was always given to the eldest son, but after his older brother was killed in a failed attack on the Danes, Osbert's name was changed to Uhtred. Uhtred was never taught sword art in his nine years in Bebbanburg because his stepmother wanted him to live as a priest.