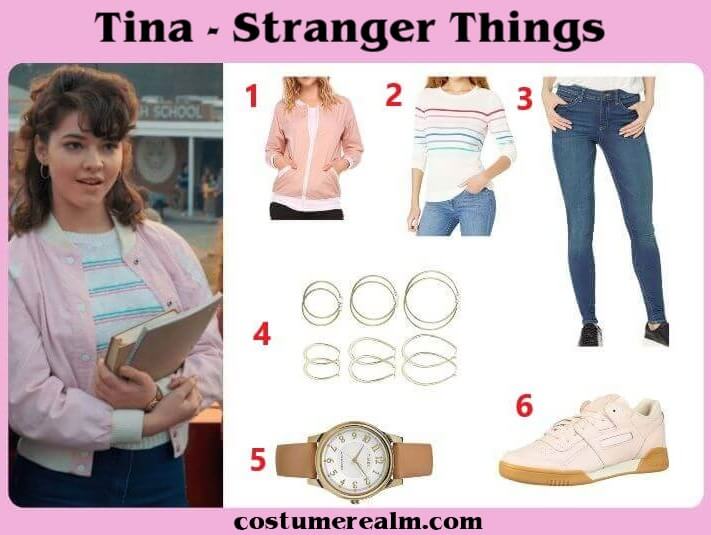 You need the following items to dress like Tina:

How To Dress Like Tina From Netflix's Stranger Things 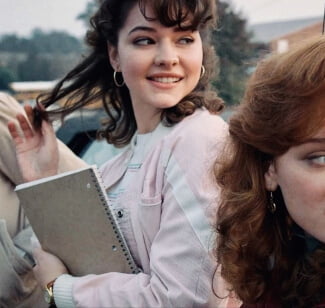 Tina was a student at Hawkins High School.

We first see Tina when she checked with Billy when he first came to Hawkins High.

Later that day, Tina handed out leaflets to the "Halloween Bash" party, which she held the following evening. Tina's party went ahead and was very popular. Many students came, including Nancy, Steve, Billy, Tommy H. and even Jonathan. At her Halloween party, she dresses up as a "Like A Virgin" Madonna.

She is portrayed by Madelyn Cline. After her small role in Stranger Things she is a main character in Netflix's Outer Banks as Sarah Cameron.