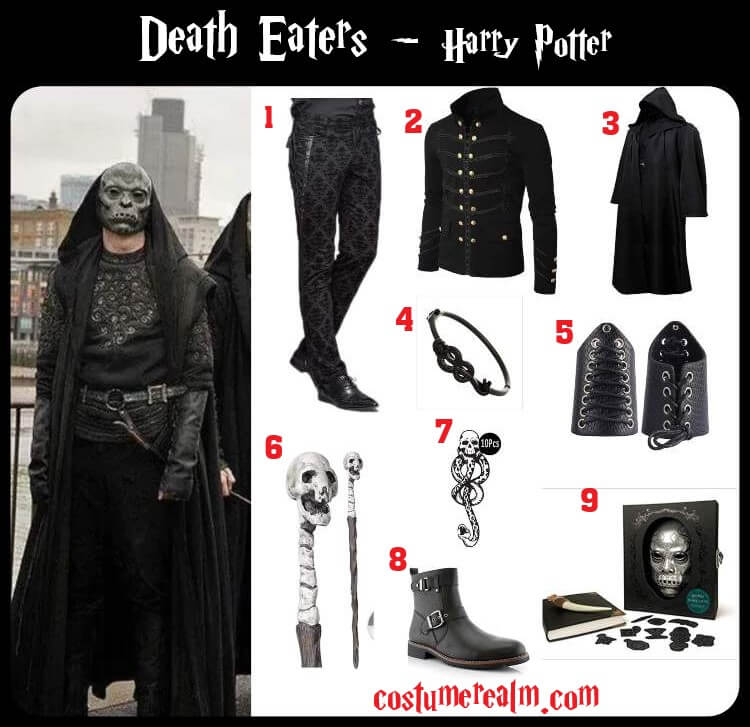 You need the following items for your Death Eaters Halloween costume: 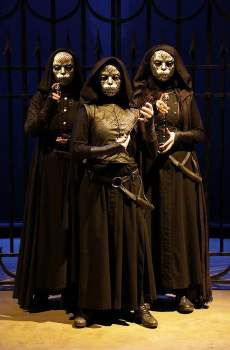 Death Eaters Costume: Death Eater costume consists of pure black gothic style outfits. You can use any black outfit preferably with some laces.

Death Eaters Mask: Death Eater mask is a scary one with lots of details on it. 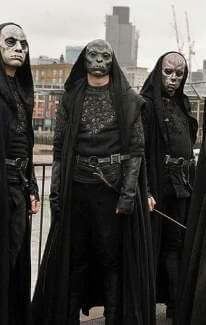 The Death Eaters name was the name given to the followers of Lord Voldemort. The group consisted mostly of wizards and witches who were radical, pure-blooded supremacists who practiced the Dark Arts with ruthless devotion, malice, and regardless of or fear of wizarding laws.

Lord Voldemort used this select group of wizards and witches during both the First and Second Wizarding Wars and appointed them his elite troop. They often wore black hoods and masks with serpentine slits to cover their faces. The Death Eaters were considered Lord Voldemort's inner circle and had the Dark Mark burned into their left forearms. When Voldemort touched one of them, every Death Eater felt it and signaled them to Apparate by their leader's side

Before the Death Eaters themselves showed up, Tom Riddle, as Voldemort was called in his childhood and early adulthood, gathered a gang of Slytherin students who considered themselves friends when in truth he had no real connection to his lack of desire for a true one Friend had felt.

A mix of weak protection, ambitious fame, and the thug looking for a leader who can show them more subtle atrocities. According to former Hogwarts Headmaster Albus Dumbledore, they have been considered the forerunners of the Death Eaters since they were the first Death Eaters. He manipulated them to place his bids, and although this led to several dire incidents over the years, Riddle's strategic discretion had no connection with the group, let alone the model student Riddle himself.