Queen's 1984 video for the song "I Want To Break Free" featured band's four members as characters from "Coronation Street," a longtime soap opera from the UK. This includes John Deacon as Ena Sharples. Crossdressing was usual form of entertainment in UK back then however MTV managers and fans in the United States failed to make it and it caused a minor controversy that stalled their careers at least until the early 1990s following the death of frontman Freddie Mercury. The video is now considered a classic. 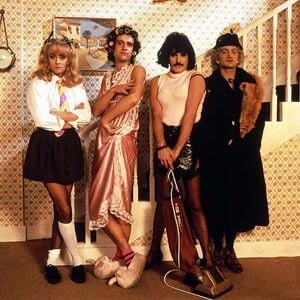 You need the following items for your John Deacon Halloween costume: