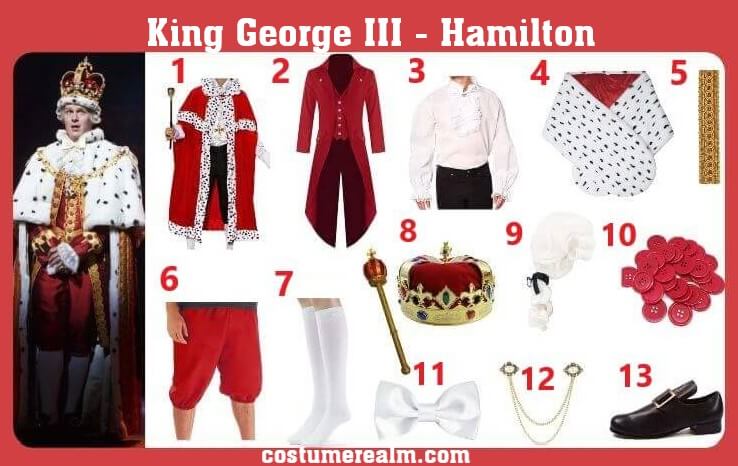 You need the following items for your King George III Halloween costume: 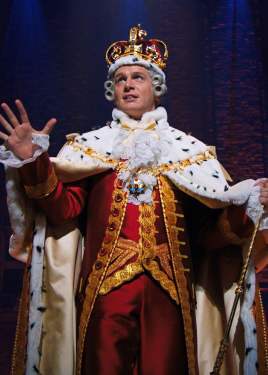 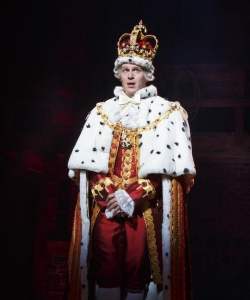 King George III Is the main rival character of Act I. He is the King of Great Britain and believed that the colonies would not succeed in their revolution.
After Alexander Hamilton quarreled with Samuel Seabury, the ensemble sings that a message from the king will arrive shortly. King George III Firmly believes he will win the War of Independence