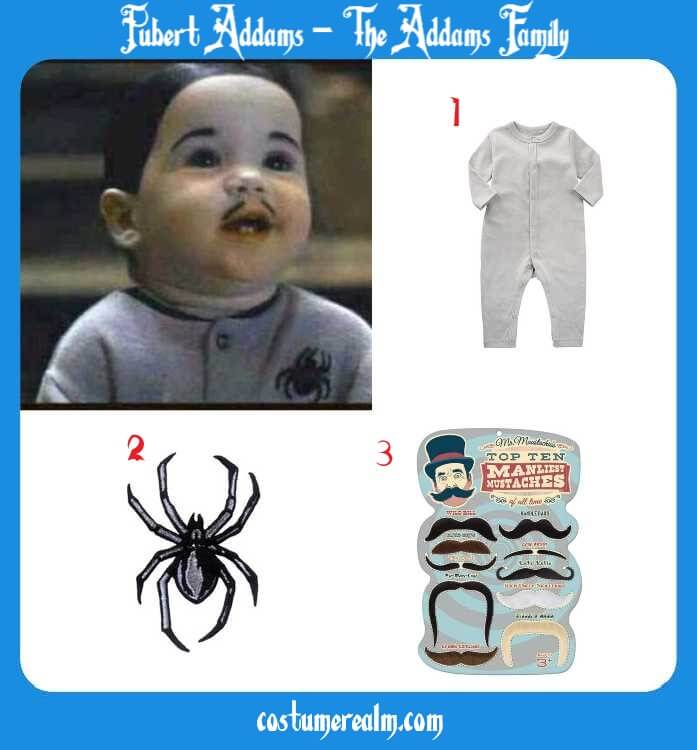 You need the following items to dress your baby up like Pubert Addams:

Pubert Addams is the new baby of Gomez and Morticia Addams. He is also the younger brother of Wednesday Addams and Pugsley Addams. He made his debut appearance in Addams Family Values. Even though Pubert is a boy, he was played by two female identical twin babies, Kaitlyn Hooper and Kristen Hooper.

Your baby can get the look of Pubert Addams by dressing up in a light color jumpsuit and a fake mustache. You will also need a black widow patch to complete the look.

If you are here, there is a pretty high chance that you are considering a family group costume with the new member of your family (congrats, by the way). Don't worry, we got you covered. Check out Cousin Itt, Morticia Addams, Pugsley Addams, Wednesday Addams, Uncle Fester and of course Gomez Addams, costume guides.

How To Dress Like Pubert Addams From The Addams Family 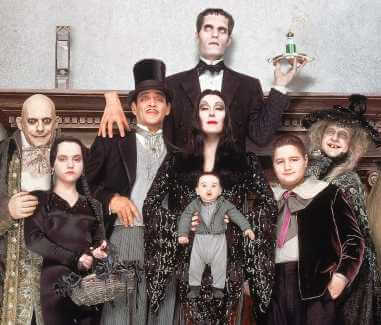 Pubert is a mustachioed baby who appears to avoid certain death through chance several times. Though he is never seen with a bow, he occasionally shoots flaming arrows. His parents also thought about naming him Lucifer, Benito, or Mao.

After he is born, his life is threatened several times by his siblings Wednesday and Pugsley, who think he will take their place.He has managed to avoid their attempts mostly through luck, but once he stopped a guillotine all by himself.