You need the following items for your Rachel Roth Season 3 Halloween costume: 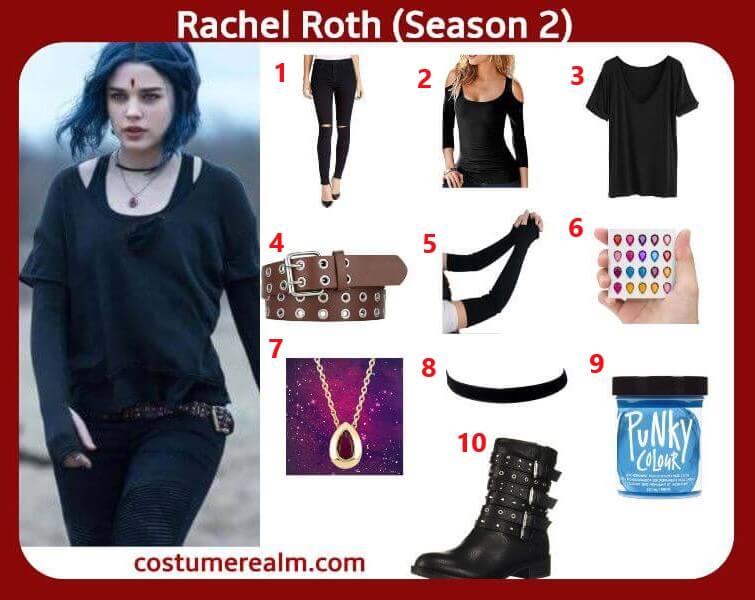 You need the following items for your Rachel Roth Season 2 Halloween costume: Dress like Rachel Roth from Netflix series Titans; Rachel Roth, also known as Raven, is a young girl who has supernatural powers of apocalyptic proportions inherited from her demonic father Trigon. Rachel was haunted by her adoptive mother's murder and persecuted by enigmatic activists who made it hell to reunite her with her demonic father. She learns that Trigon's intention is to come to Earth and destroy the world - and that she should create the portal for his return. Rachel hopes to absorb the darkness and learn how to deal with other people. 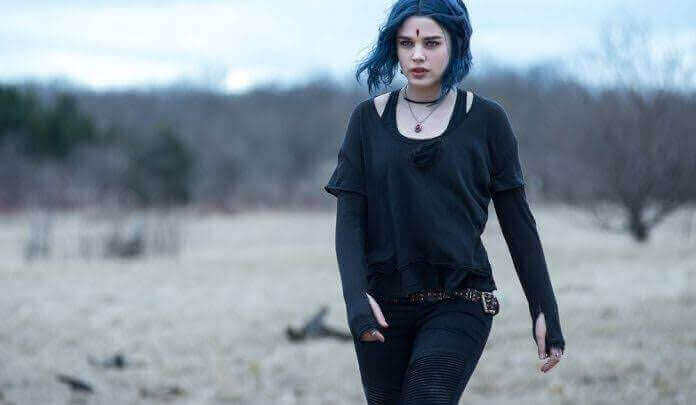 Rachel was born in Michigan to the daughter of Angela Azarath and a powerful interdimensional demon named Trigon who wanted to destroy Earth and other dimensions, but was eventually banished to his home kingdom. Angela vowed to do everything to bring him back to her. However, knowing that his offspring was Trigon's only goal and anchor in our dimension, a well-intentioned woman named Melissa Roth pulled her from Angela's hands and ran away from her birth parents.

For some time, Melissa and Rachel stayed at Saint Paul's Convent in hopes of finding protection and escaping Rachel's father and the acolytes of his cult.

After Rachel was a teenager, she began to have a nightmare in which she saw John and Mary Grayson, the trapeze artist, plunge into death. One night she suddenly woke up from the nightmare and was reassured by her mother that she would be fine. The next morning she argued with her mother over breakfast and accidentally threw her to the ground. After being scared, she went to take the bus to school. On the bus, a boy named Kyle tried to make fun of her, but another student, Matt, stood up for her.

Rachel arrived home that afternoon, ready to apologize to her mother, only to find that her mother was being held at gunpoint by a stranger. He made her admit that she wasn't Rachel's mother before he shot her in the head. Rachel screamed in fear, accidentally used her powers, and ran away. She arrived at a bus depot and got a ticket to Detroit. When she arrived in Detroit, she went to a soup kitchen where she got food.
A woman tried to kidnap her to help her, but she fled by throwing a brick at a police car. On the ward, she was interviewed by Detective Dick Grayson, whom she recognized from her nightmare. Another policeman refused to help her, claiming to be there to take her and join other children.

She forced herself to lose consciousness, but not before she was drugged. When she woke up, Rachel was tied to a chair and faced her mother's killer. Her kidnapper claimed to be there to get rid of her because she is very important. Suddenly she heard Dick's voice and made her kidnapper wait at the door and raid Dick. Just as Dick entered the room, Rachel's dark side showed up, pushed the man against the door and tortured him, finally entered him and made him vomit blood. Dick immediately found Rachel and took her to a safe place.