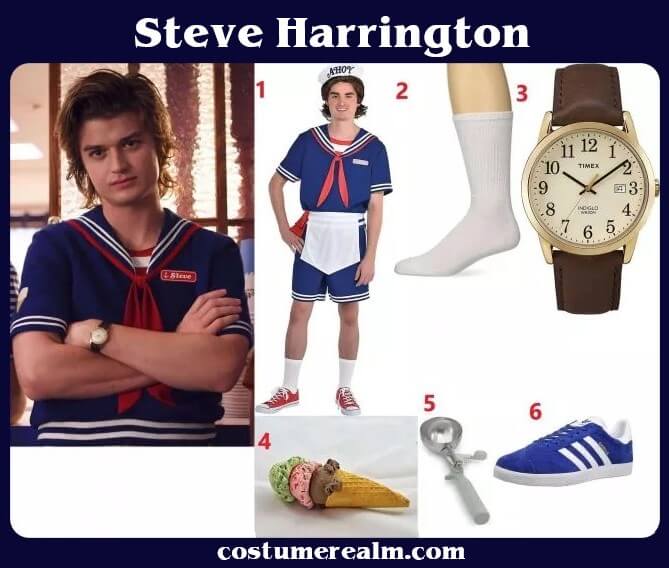 You need the following items for your Steve Harrington Scoops Ahoy Halloween costume: 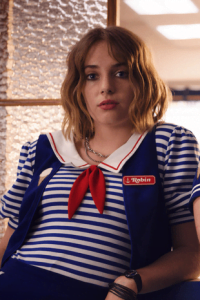 Robin and Steve  met right when they were both hired for a summer job at Scoops Ahoy. Robin often teased Steve about his flirting attempts, but her comments did not discourage him. Their relationship gradually became friendlier as they worked together to uncover the Russian conspiracy. Robin and Steve are being held for questioning by the Russians, and it is clear they are caring for each other's well-being and enjoying each other's company by talking and laughing alone.

"Would you guys like to set sail on this ocean of flavor with me? I'll be your captain. I'm Steve Harrington"

Sometime after the inauguration of the shopping center Starcourt Mall by the mayor of Hawkins, Steve began working in one of it's food courts, the Scoops Ahoy, alongside Robin Buckley. 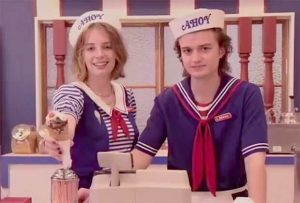