You need the following items for your Eleven from Season 4 Halloween costume:

Now that Eleven is living with the Byers, she seems to change her wardrobe. Instead of colorful clothes that Max introduced her in season 3, she now wears plaid shirts, baggy linen dresses etc.

You need the following items for your Eleven Battle Suit Halloween costume: 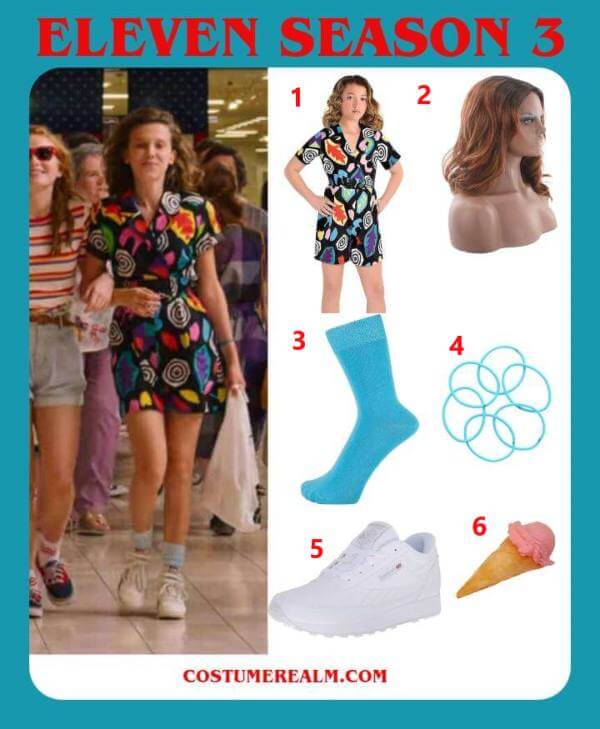 You need the following items for your Eleven Season 3 Halloween Costume:

This graphic dress is undoubtably fan favorite and maybe Eleven's favorite too, since she wore it to Starcout. The wrap, the designs, the length, the colors...everything about this dress is amazing, and it says a lot about Eleven; she has great powers and has to face bad guys, but in her free time when she doesn't kick one or two asses, she's just a normal girl who likes to have fun. 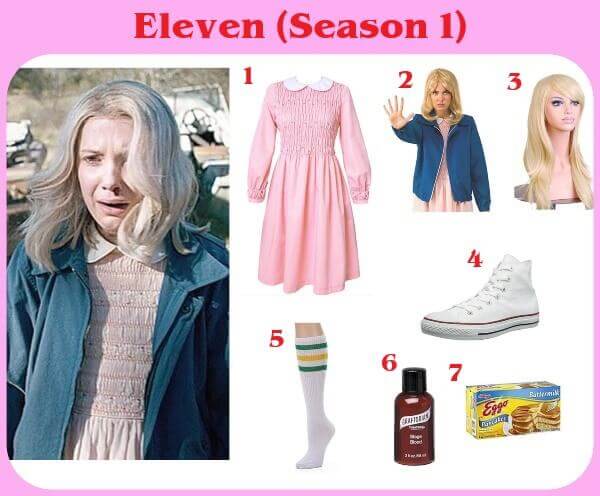 You need the following items for your Eleven Season 1 costume:

After the boys find Eleven, they took Eleven to school, but to do so they had to disguise her, and they did it with the first clothes they could find which at the end formed Eleven's awesome pink costume. The pink dress and blonde wig were owned by Nancy. 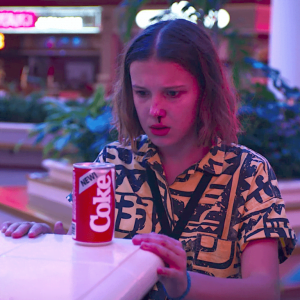 Eleven's Outfits: Through the show, eleven has been seen in a couple of different outfits, most of which instantly became popular. The first outfit she is seen is a pink dress and a denim jacket. After some time, she got used to living around other kids and also the fashion of the 80s. 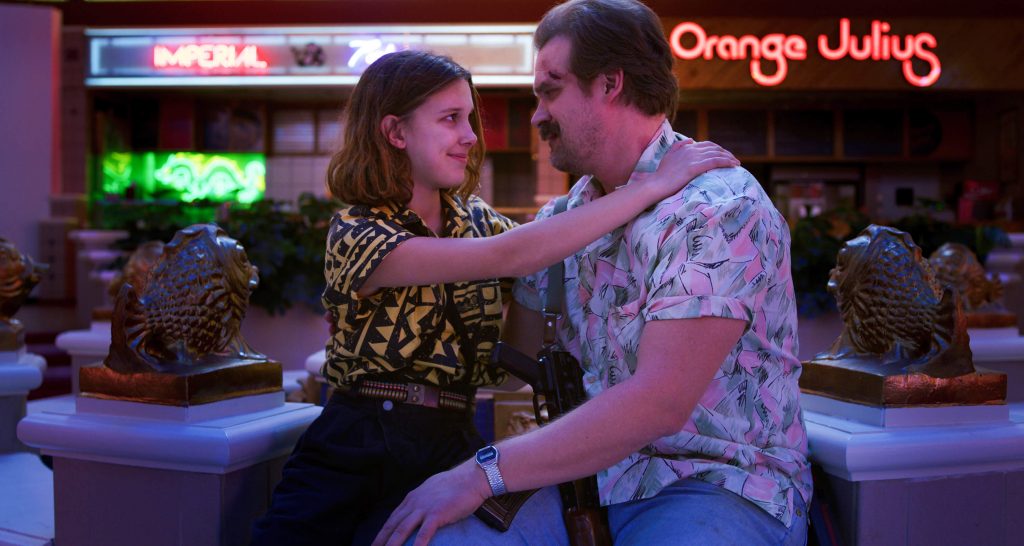 Jane Hopper (born Jane Ives), also known as Eleven, is one of the main characters in the Netflix original series Stranger Things. She has psychokinetic abilities and also has a mysterious past, which very few are aware of. She is played by Millie Bobby Brown.

El was raised in the Lab and completely deprived of socialization. She was shy, socially withdrawn, and extremely cautious of others. However, she became fiercely protective and showed unwavering loyalty to those who cared for her, especially Mike whom she fell in love with, to the point of sacrificing herself to destroy the monster as it threatened to harm her.

She had very limited vocabulary. She was unable to communicate effectively. These communication difficulties mostly cause misunderstandings with friends. However, she was a quick learner and came up with new ways of communication methods. Fear and  stress had the potential to trigger El's powers in unpredictable times and ways.