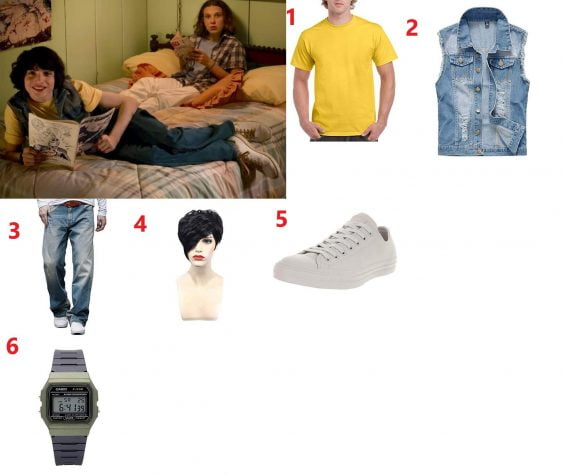 You need the following items for your Mike Wheeler Season 3 Halloween Costume: 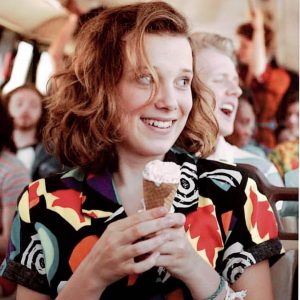 In 1985 ( Season 3 ),  Mike and Eleven's relationship flourished, much to her father's horror. Hopper was even so worried that he threatened Mike not to spend time with Eleven. Out of fear, Mike did as he was told, keeping his distance from El by telling her that his Nana was sick. With the help of Max, Eleven quickly figured out his lie and when Mike refused to explain himself, she broke away from him and quoted Max "I dump your ass" earlier. Max and Eleven get on the bus quickly and Mike stays heartbroken with Will and Lucas. Eleven was frustrated with Mike for apparently wanting to control her and not believing in her, though later he revealed to all but Eleven that he was acting the same way because he loved her and could not lose her again

Michael "Mike" Wheeler, portrayed by Finn Wolfhard, is a major protagonist in the first, second, and third seasons of Stranger Things.

Mike is shown to be an optimist, morally compassionate and highly committed to his friends, usually going to great lengths to help them. His D&D role as Dungeon Master suggests that he, like Will, is a creative thinker. Out of the four boys, he is the most emotionally open and willing to accept fantastical explanations behind complex situations. After Will disappeared, he quickly drew a parallel to Will’s defeat at the hands of the Demogorgon. After witnessing Eleven's psychic powers, Mike became faithful to the idea that she could help find Will. While his friends were initially skeptical about Eleven, Mike wholeheartedly trusted her to guide them and even developed a close relationship with her 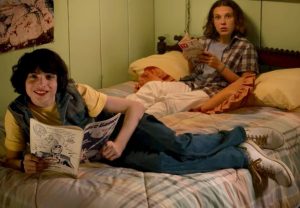 How To Dress Like Mike Wheeler From Stranger Things Season 3