Allison Hargreeves is one of forty-three children born on the same day in 1989, with a mother without any signs of pregnancy. She was one of seven children adopted by Sir Reginald Hargreeves, who wanted to train her to save the world. Allison was Hargreeve's Number Three, with the ability to influence events by prefixing each statement with the word "I heard a rumor." She is the sister of Luther, Vanya, Klaus, Ben, Diego and Number 5 and mothered by  Grace Hargreeves. 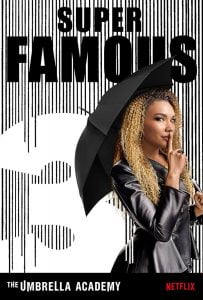 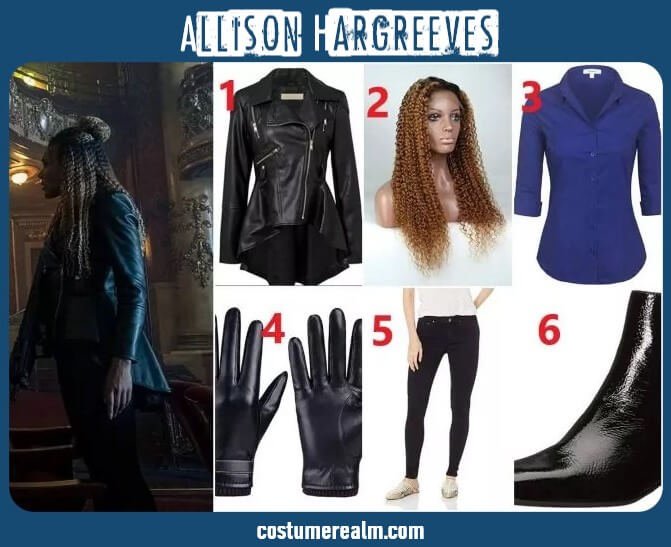 You need the following items for your Allison Hargreeves Halloween Costume:

Allison is a determined woman with a kind heart and strong values. She has displayed her kind-heartedness on many occasions, particularly with her sister Vanya. She welcomed Vanya home, despite the book she wrote and even stated that she was glad Vanya had come.

Allison is also a very emotional woman, often being driven out of her feelings instead of rationalizing, such as when she went to confront Harold Jenkins on her own. She can also have the tendency to have outbursts at those who catch her in a bad mood. However, she is not completely hysterical, as she does give thought to her actions and reflects heavily, most notably on the use of her power. After being caught using it on her daughter and losing custody, she seemed to swear off using it, refusing to do it even during a confrontation with Cha-Cha, a highly skilled assassin.